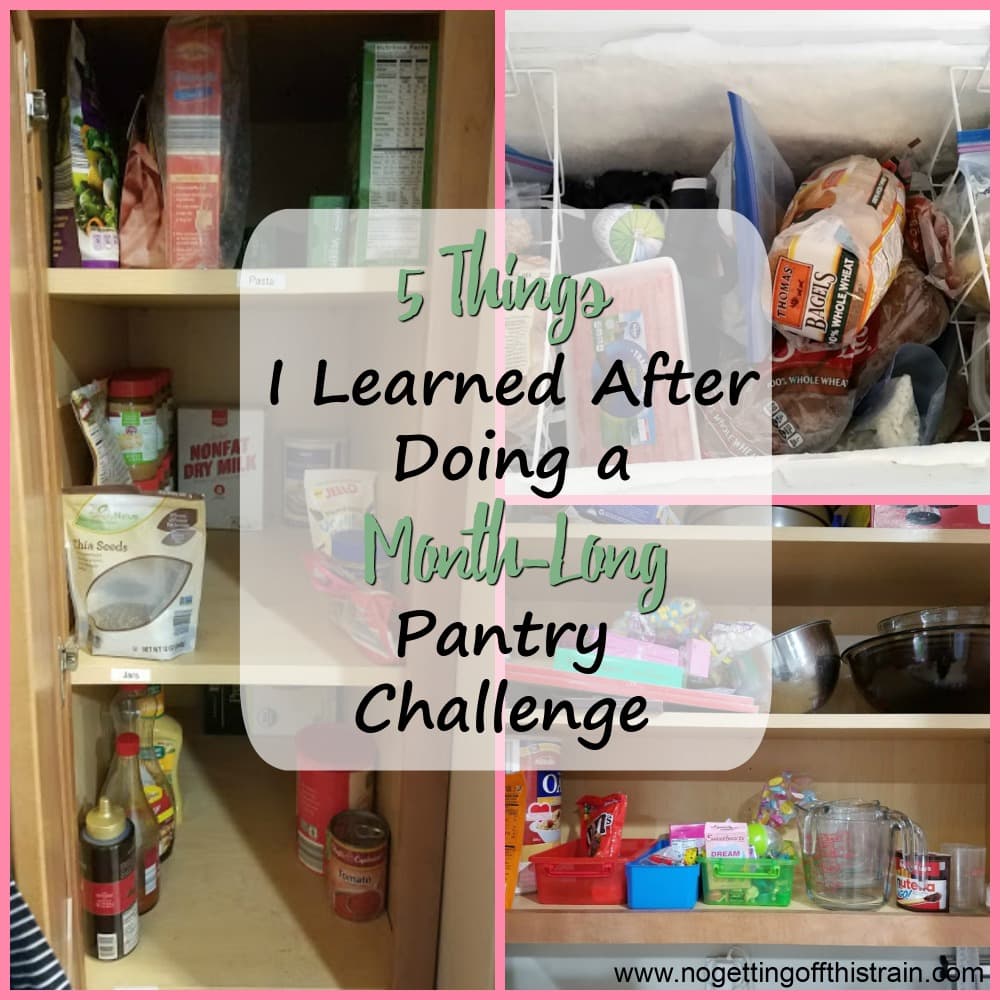 In the month of March, my family did a month-long pantry challenge to try and get rid of all the food we never used. Our plan was to empty the whole kitchen and then refill it with healthier foods; and for the most part, I think we succeeded! If you’re curious about what we bought each week in detail, you can view my grocery trips and menu here:

We gave ourselves $25 a week, down from $75, to buy only fresh foods each week: Fruits, vegetables, yogurt, eggs, and milk.  Everything else I had to either do without, or find substitutions to get us through the month. Here are the only non-fresh items I bought during the challenge (that I knew would stay in the cabinets longer than a week):

I think we did pretty good! I stayed on budget the whole month and had an extra $200 to stock our pantry. While this challenge was super hard, we made it through; and today I want to share 5 things I learned after a month-long pantry challenge.

I really can live on less

We’ve lived on a tight budget before. Once right after Allison was born, where our grocery budget was $37 a week. Then again in 2016, when John was unemployed, when we spent $30 a week on groceries.

Doing $25 a week this month was way different; I bought almost exclusively fresh foods and depended on my pantry for everything else. It was hard to stay away from the clearance sections, but we did really well in staying on budget all month. And now we have an extra $200 to refill our pantry! 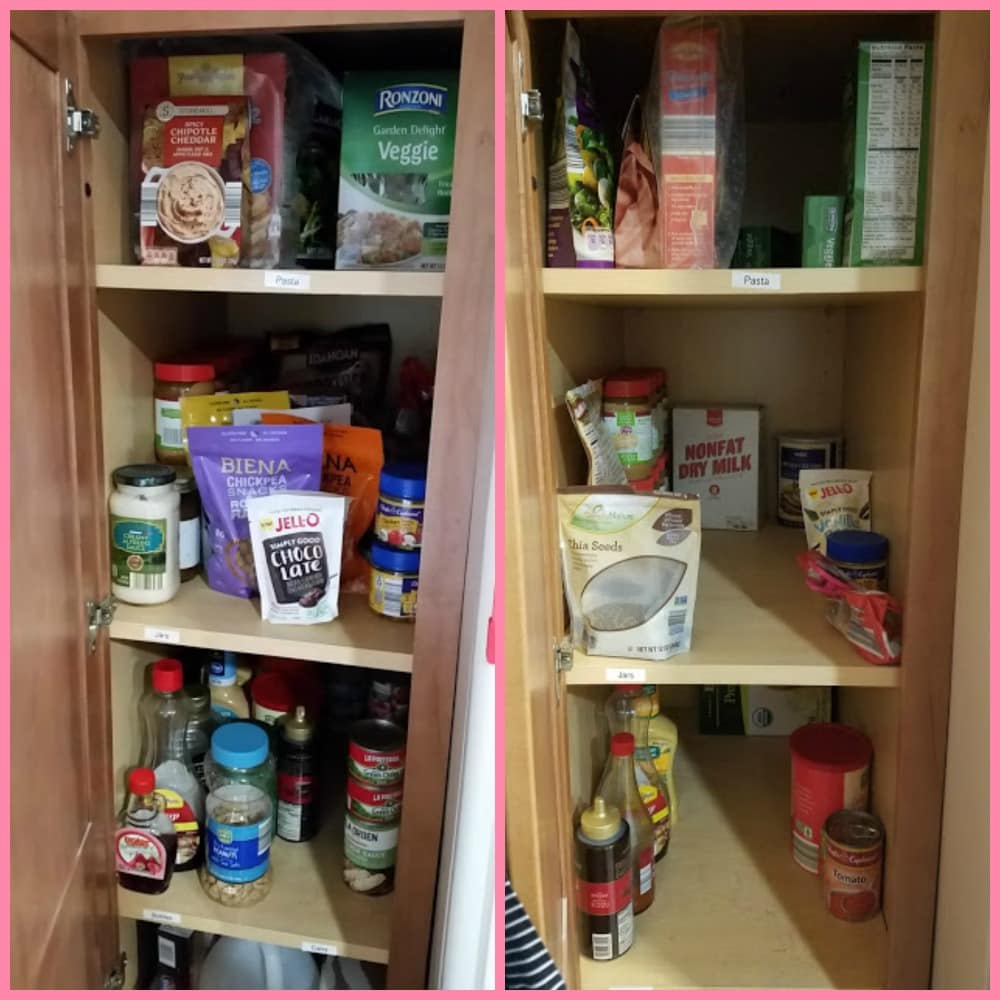 I have more food in my pantry than I realize

There were many times during the month where I said to John, “There’s no way I can make dinners next week! We don’t have anything!” And in the same breath I said, “Oh wait, I forgot we had this in the pantry,” and promptly came up with like 4 ideas.

Websites like SuperCook and AllRecipes certainly help, because I can put in the ingredients I have and they’ll come up with meal ideas based on what I have.

I can get creative when I need to

Even though we had a much smaller grocery budget, we had events going on that required us to bring food. Instead of buying lots of extra ingredients, I used what we had to make some pretty good stuff. Examples include:

I have lots of willpower

There were so many times I wanted to buy clearance items. Especially snacks. John sent me a picture of like 50 boxes of Fiber One snacks at Kroger, that were marked down to $.99 each. And I had to refuse.

And then the time we went to Second Street Market and I wanted so badly to buy granola, and bread, and other treats. But I didn’t.

I definitely learned Needs vs. Wants. Did I absolutely need cups of yogurt for my snacks/dessert? Not really. But we did need an extra gallon of milk and some spinach, so those took precedence and I learned to do without. We never really lacked anything during this challenge, and I’m thankful for that!

After awhile, our food started to get boring. I ate lots of oatmeal and scrambled eggs; and while I really like both, I just wanted something different!

The same goes for snacks; I like eating different things from week to week so I don’t get burned out. But I mostly ate things like pretzels with peanut butter, graham crackers with peanut butter, nuts, chickpea snacks… none of those are bad, but I need variety in my life.

I’m glad we did the pantry challenge, but I’m even happier that it’s over! Restricting yourself really makes you realize how lucky you are with what you already have.

If our pantry gets out of control again, I’ll definitely consider another one next year; and with the lessons I’ve learned, I’ll be much more prepared!

What have you learned from previous pantry challenges? Leave a comment and let us know!

I have to get better about eatingvthe food I pick up. I don’t like that I forget about bananas or kiwi so I cut them up and throw them in the woods behind my house for the animals and what not. This sounds like a great challenge, I’m moving soon so maybe this would be a great idea.

Good luck on your move! A pantry challenge would be an awesome way to use up your extra food. =)