I’ve just recently started using quinoa in my recipes. If you’ve never tried it before, I highly recommend it! It’s very much just like rice except it cooks better (for me, anyway), and it’s very high in protein. You can use it pretty much anywhere you can use rice, and I have been recently– especially in Mexican recipes! I found this recipe on Bobbi’s Kozy Kitchen but I made modifications based on what I had at home. 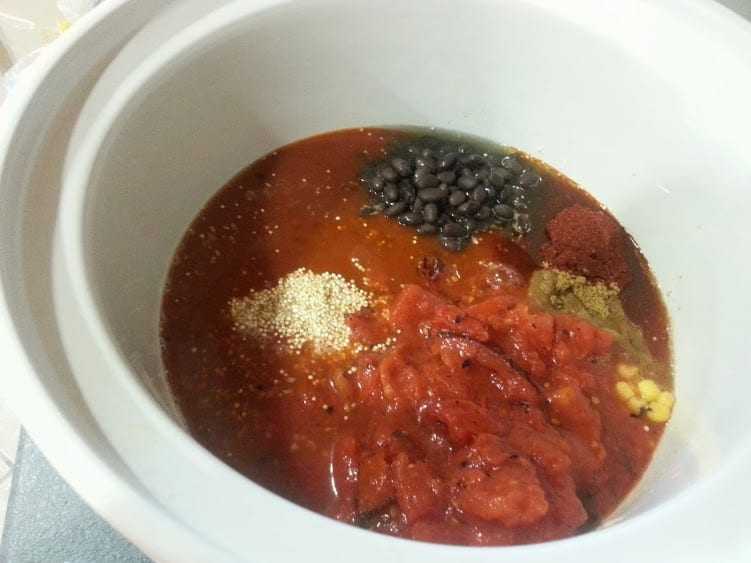 First, place all ingredients except cheese in the slow cooker. The original recipe calls for ground chicken, but all I had was a frozen chicken breast. I cooked the chicken on low for a couple hours before adding everything else, just to make sure it got cooked. I’m sure if I had thawed the chicken first, it would have turned out fine. Cook on High for 3 hours or until all the liquid is absorbed. 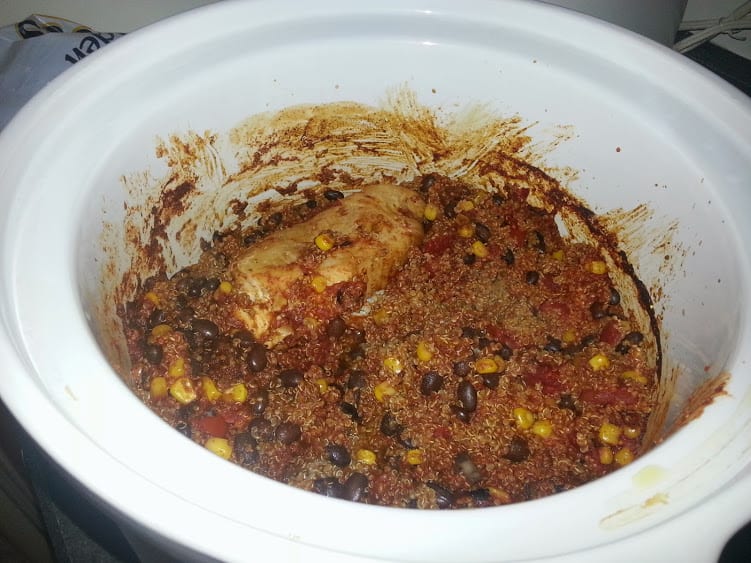 I definitely cooked mine too long. Slow cooker meals don’t typically look great while still inside the slow cooker, do they? 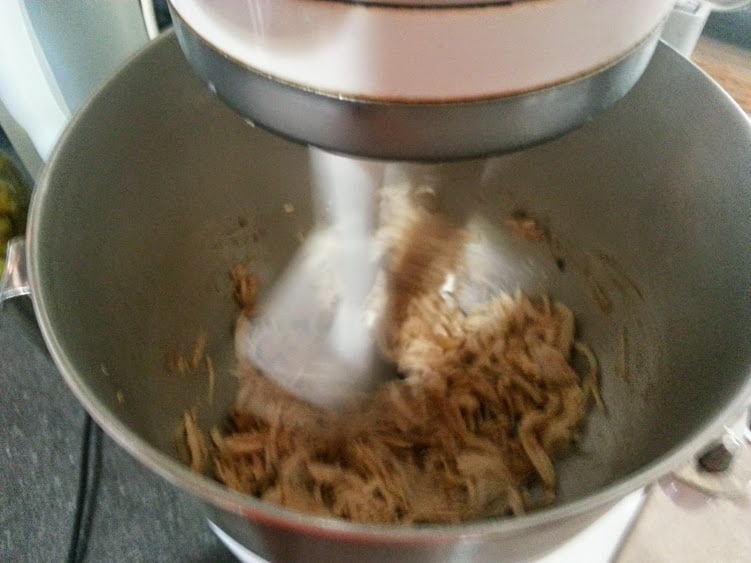 Next, shred the chicken. Yes, you can shred chicken in a Kitchen Aid Mixer! 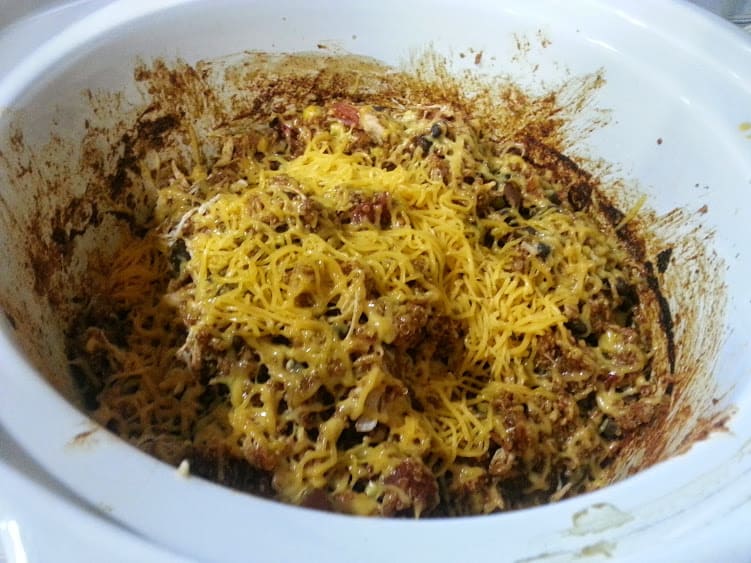 Add the chicken back into the mixture and sprinkle the cheese on top, covering the slow cooker again until the cheese is melted. 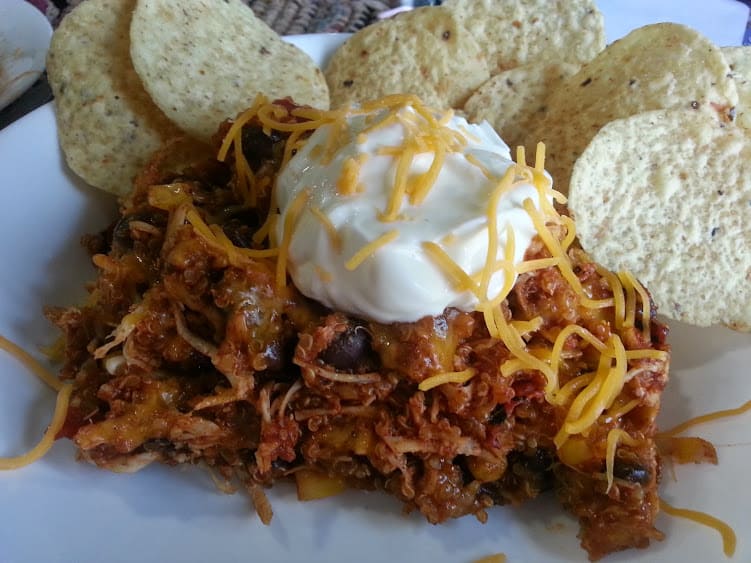 Serve with sour cream and tortilla chips, and enjoy!

This looks so delish! I love when you can make these meals at home! Totally saving this one. Thanks for sharing!

Pinning and making soon! Thank you!

Yum this sounds great! I love slow cooker recipes and am a huge fan of quinoa. Pinned for later :)

I love quinoa! This recipe looks so yummy! I love using quinoa in place of meat for taco salads-I basically cook the qunioa in taco seasoning and it is SO yummy!

It was really good! I think I'm having some for lunch today. =)