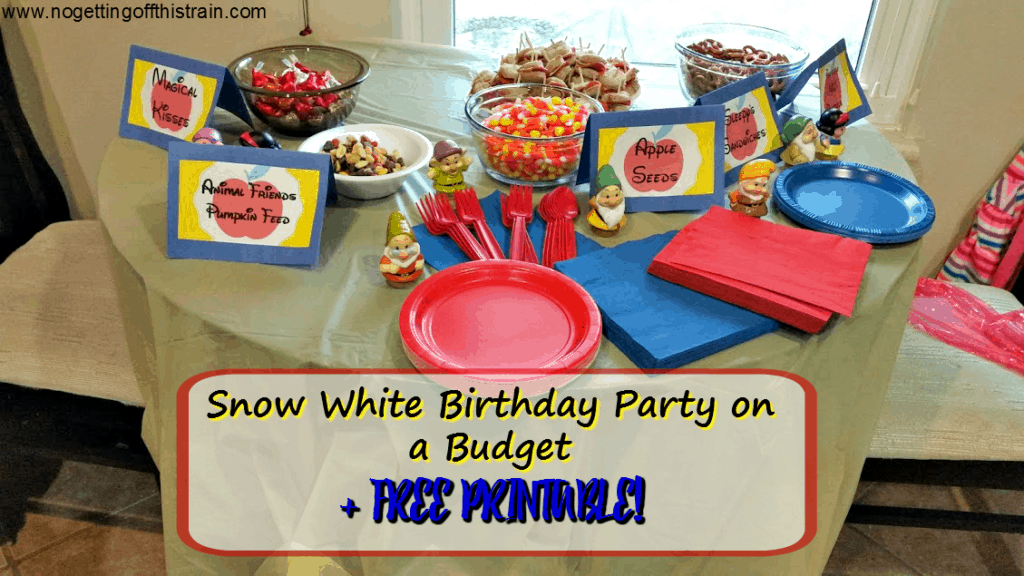 Well, my sweet baby just turned 3, and she had a blast at her party! It was a fun get-together with family, with plenty of excitement and food. Her favorite Disney princess is Snow White, so I wanted to do something fun and have a Snow White birthday party.

I did some research to figure out how I could do this without spending a ton of money, and I think I succeeded! Below I’ve included tips on how to have a Snow White birthday party on a budget for your own princess.

Before I begin, I have to say that this is not extravagant by any means. Allison’s 3, and while I know she enjoyed the decorations, anything more would have just been overkill.

Also, my parents helped pay for her cake which came from Sam’s Club, so that’s not included in my cost. Sam’s makes amazing and delicious cakes, by the way! However, I know there are really cool Snow White cakes out there you can make yourself that may take more time but could be more cost-efficient, like this or this.

Have a party with snacks instead of lunch/dinner foods.

We had 15 people at Allison’s party, 5 of which were kids. It was much easier for us to have the party after lunch, at 2:00 PM, and just serve snacks along with cake and ice cream. If you’re on a tight budget, though, there’s nothing wrong with doing just cake and ice cream!

If you have room for other foods, a cute idea is to do “miniature” foods to keep with the Seven Dwarfs theme. Here’s what I did: 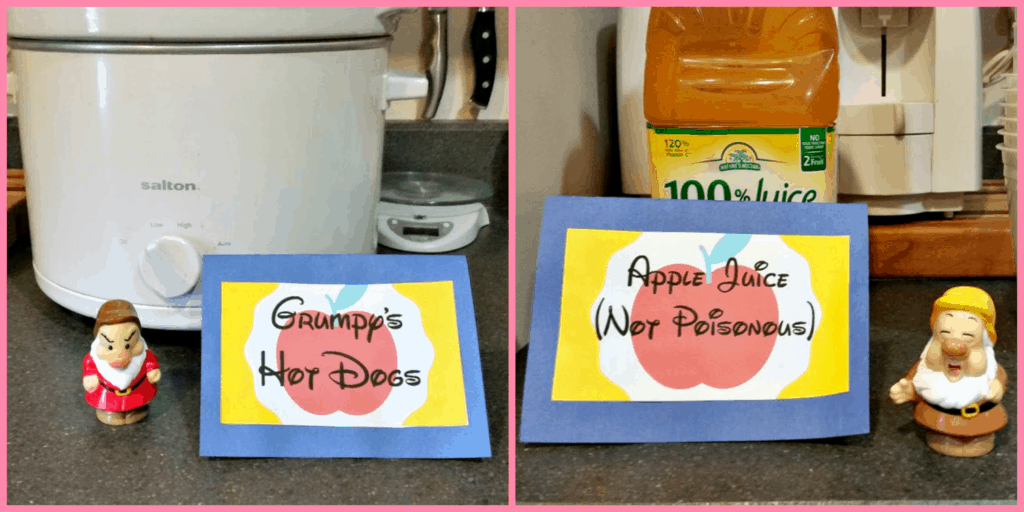 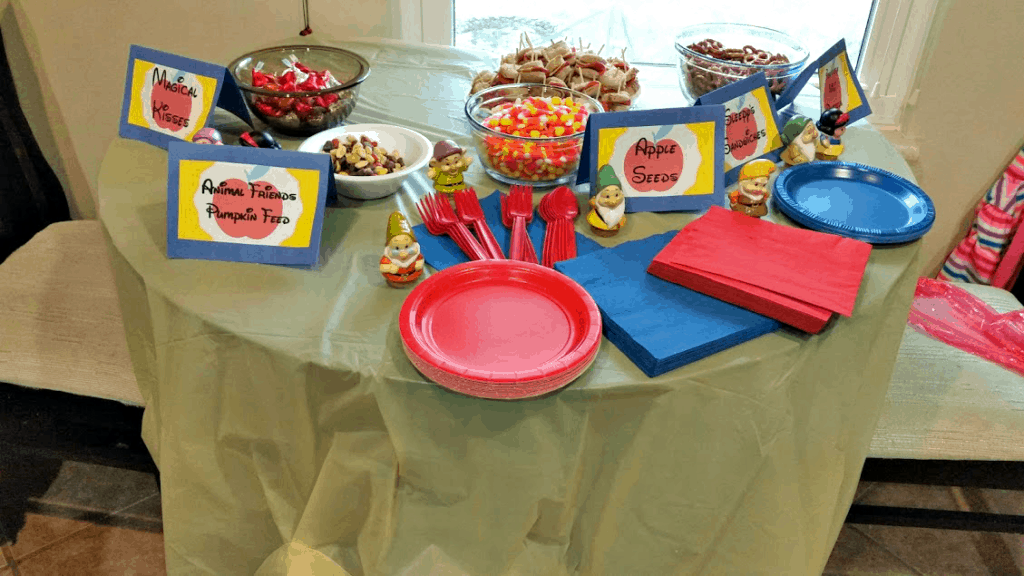 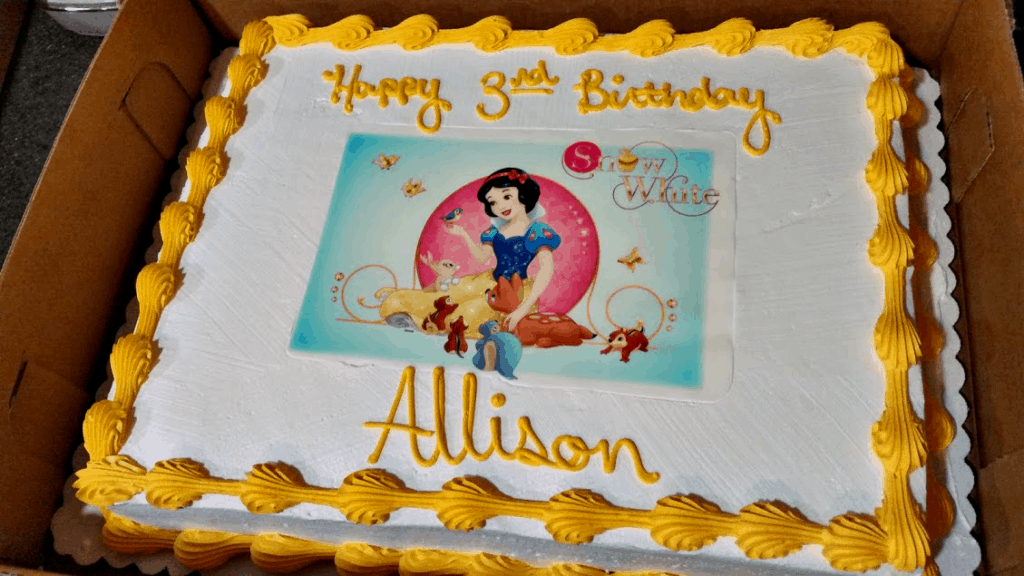 And here’s a picture of the cake, just because. Delicious, by the way!

I created the little labels using PicMonkey, and I think they turned out really cute! I just cut them out and used a gluestick to attach them to some blue construction paper to complete the color scheme. Here’s a handy template for you to use as well! The font, Waltograph, can be found here. 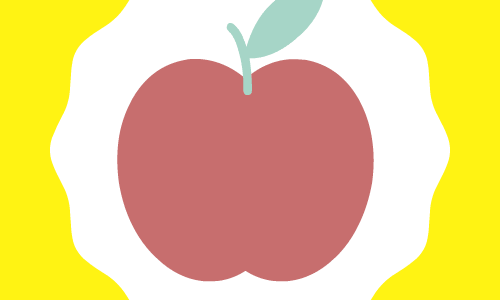 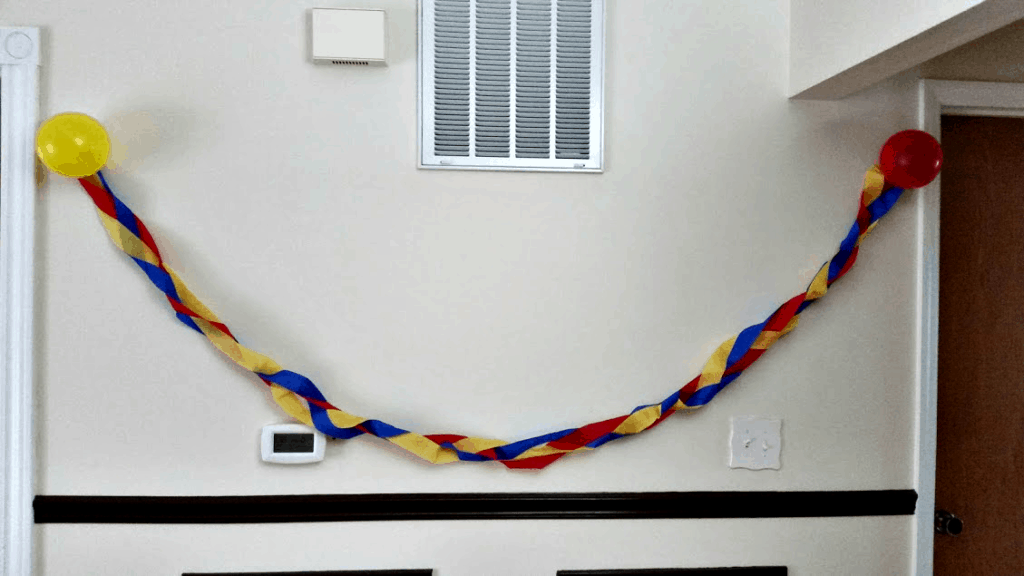 Don’t disregard the dollar stores when it comes to party items! My local Dollar Tree had Disney Princess decorations, but nothing in Snow White. I’m sure that places like Party City would have some, but can you imagine the prices?

What I did instead was use Snow White’s three main colors: red, blue, and yellow. I bought streamers in all three colors and braided them to hang on the walls, and red and yellow balloons to hang on either side.

I also bought a cheap yellow tablecloth, and blue and red plates, napkins, and plasticware. Super cheap, and nobody even cared that Snow White wasn’t on everything!

Use what you have on hand. 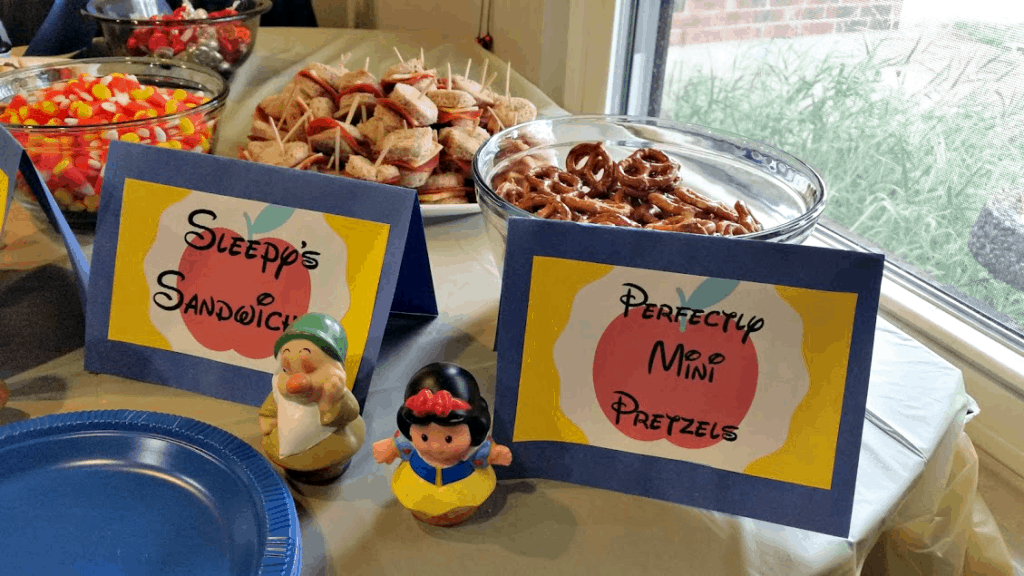 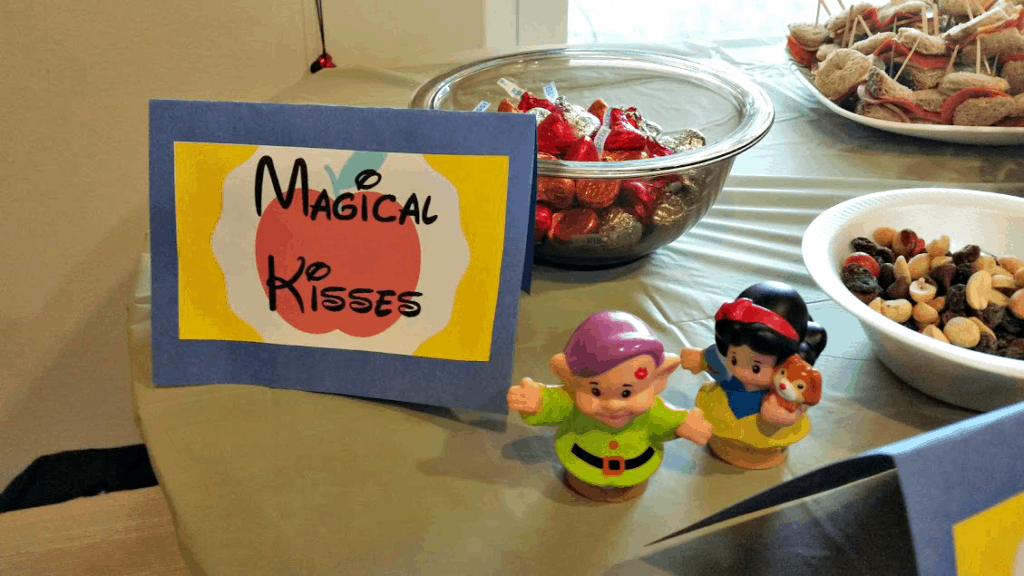 Allison has been obsessed with Little People for quite a long time; you should see the huge box she has filled with them! She just happened to have the entire set of Snow White and the Seven Dwarfs, so I placed them strategically around the food. I noticed later that the kids had fun looking at them and moving them around. =) It added a nice touch to the theme!

All together (minus the cake), I spent about $45.00 on food and decorations. We ended up having a lot of leftover food; for example, I only needed 1 package of sliced cheese instead of the 3 I bought, and I had over half a package of pepperoni left. You may end up in that situation too, and it just means less you’ll have to spend on groceries the next week! For a 3 year-old’s birthday party, I think it went very well, and everyone had fun. Now to think about what we could do next year!

What else could you do for a budget-friendly Snow White birthday party? Share below in the comments!