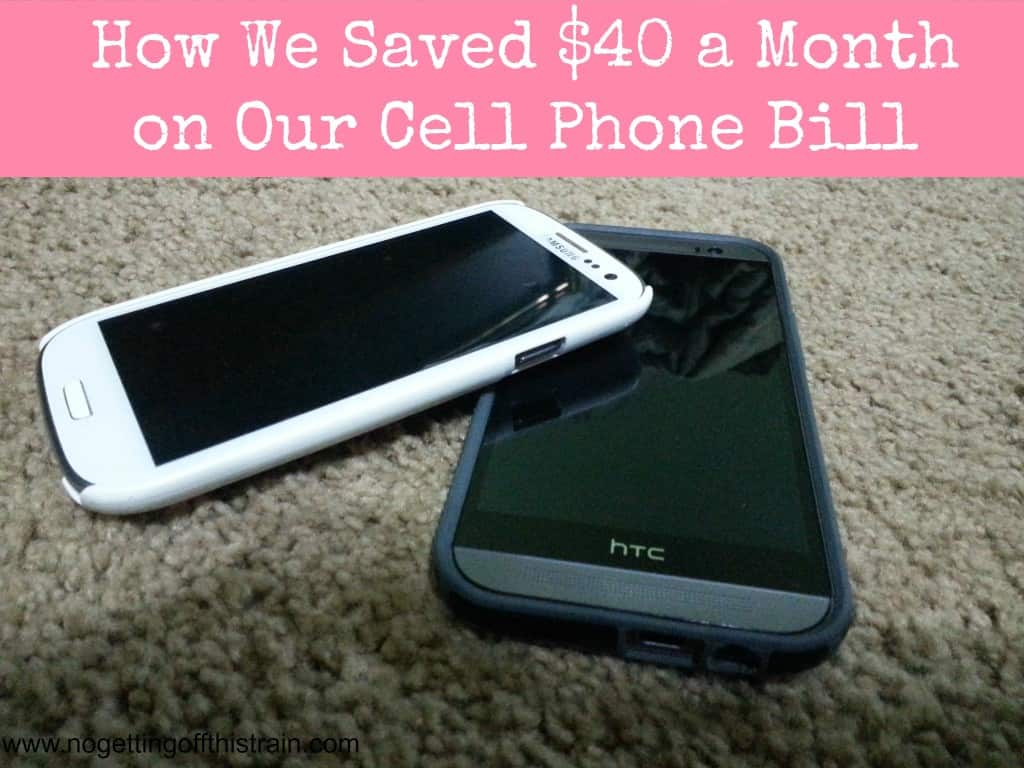 I signed up for T-Mobile back in 2006. It was my first real cell phone plan and it was awesome! I stayed with T-Mobile even after John and I got married. He was with Sprint, on his parents’ plan, and we never really considered combining our plans. Every time we looked, we found that it wouldn’t save us money; and if it did, it was maybe 5 dollars. Just recently we wanted to look into it again, to try to save some extra money, and we found Cricket! We were able to lower our bill by $40.00 a month by dropping our previous providers and getting a group plan on Cricket. Let me break down what we were paying before, and compare it to what we’re paying now.

Before we could make the switch to Cricket, there were a few things we had to do. First, John’s phone was not compatible with the Cricket network. His Sprint phone was CDMA and Cricket’s phones are GSM. Basically, from what I understand, GSM phones use SIM cards and CDMA phones do not. So that meant John had to buy a new phone in order to switch to Cricket. He spent $300.00 on a new phone that was compatible, the HTC One M8.

My phone with T-Mobile was CDMA, which meant I could switch over and just switch my SIM card. I had to call T-Mobile to get a code to unlock my phone to be able to use the new SIM card, though. That wasn’t too hard, but calling to get that unlock code means you’re canceling your service, so T-Mobile tried really hard to get me to stay. Once that was done, my phone was ready to use! Here’s what we pay now:

Both phones on Cricket plan

Cricket also has a referral program where you can receive a $25.00 credit for both you and the person you refer that signs up for a new service! If you’re interested in switching over to Cricket, you can use this link to help us both out! (Affiliate link)

So far, I really like the Cricket service. I feel like the sound is clearer when I’m talking to someone, and I get better signal in places like Wal Mart whereas with T-Mobile, it was really hard to get bars while inside. At any rate, we’re now saving $40.00 a month, or $480.00 a year, so that definitely helps our bank account! We may put that money into savings, or even set some of it aside each month to purchase a new phone when our old ones inevitably die. If you feel like you’re paying too much for cell phone service, don’t be afraid to look around! Even if you don’t choose Cricket, find something else that works better for you and enjoy those savings!

Are you/were you paying too much for cell phone service? What are you considering instead? Share with us below!

Wow that is great. I'm going to call AT&T if I could get a cheaper plan. Ours is $$$

I have a pretty good deal with Verizon for my phone and I just added my son to my plan. It is still pretty expensive, but it is one of those expenses that follow you

Wow!I'll definitely have to look into this! Anything to save money on our bills!

Good planning on this one! Saving some tips! :)

Thanks! =) It's always good to look every so often to make sure you're getting the best price.

Wow! I am checking this out NOW!! Cell phone service can be crazy expensive!!

I know, right?? I mean, I know we could go a LOT cheaper and just get basic flip phones, but this was the best option for us. =)