I did it!!! As of January 9th, 2016, I’ve hit my weight loss goal. From May 2015 until now, I’ve lost 20 pounds, which was the remainder of my baby weight. I’m ecstatic and excited that I didn’t give up, that I finally made it, and that I did things I thought was impossible for me. I want to share everything I did, from the eating to the exercising, but first a little backstory as to why I lost weight in the first place.

I gained 40 pounds in my pregnancy with Allison. After her 10-pound beautiful self arrived along with the other random birth weight loss, I was down 20 of those pounds. My initial reaction was that it’d be no problem to get back to where I was! I was wroooooong. I had no idea how much stress was involved with having a baby, so I just put weight loss on the back burner and didn’t care at all. In February 2015, when Allison was about 15 months old, I knew that I wanted to start making some changes. At first I only briefly entertained the thought of healthy eating and exercise because honestly, I was lazy. Then a month later, on our 4-year anniversary, I went to the ER for heart palpitations that wouldn’t go away. Everything turned out normal, but at that point I knew something had to change. After doing some research, I found out that healthy eating plus exercise would help prevent those palpitations from happening, and that’s when my journey started.

Honestly, I ate everything I did before. The difference was, I measured everything out and logged it. I created an account on MyFitnessPal, and I totally credit that site for my success. I had NO idea I was eating so much! It’s amazing how many calories you consume when you’re not paying attention; for example, John and I like to eat homemade nachos, and we’ll fill our bowl completely with chips and then pile on toppings, when in reality, a normal portion of chips would be less than half of what we ate. And those frappes from McDonalds I love so much? Over 400 calories for a small. 400 calories is what I plan for a single meal; that’s like skipping lunch just so I can drink coffee!

MyFitnessPal gives you back exercise calories if you do a lot of walking or workouts, and so even though my calorie amount is supposed to be 1400, I stayed around 1700 to at least stay at the 500-calorie deficit. I of course had my bad days; buffets are my weakness, and I just throw my healthy eating out the window at that point. But I always told myself I’d try again tomorrow, and I’d start over.

A typical meal for us is a main dish around 300-400 calories and 1, maybe 2, low calorie sides. We kept sides very simple, like roasted vegetables or fruit of some sort. Here’s what my typical day looked like:

I ate every few hours to ensure I didn’t starve and start raiding the fridge! This worked really well and helped me stay under my calories. 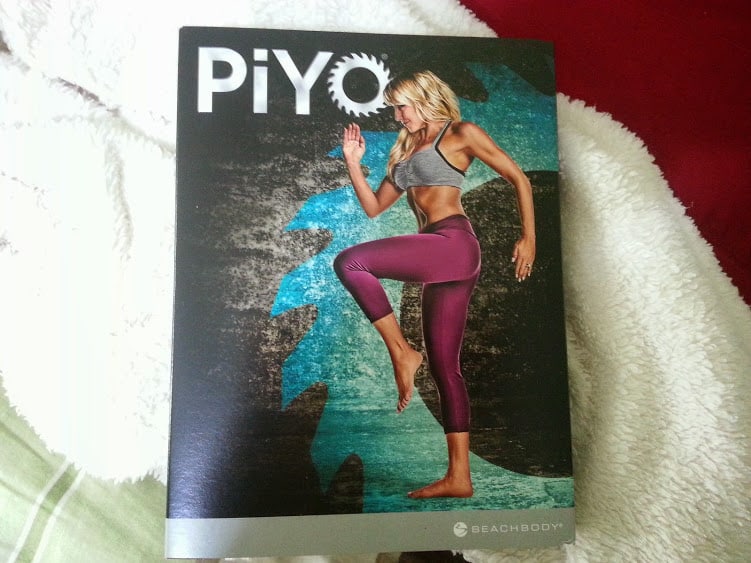 At the time I decided to start my weight loss journey, my sister-in-law was involved with Beachbody and through her I purchased a PiYo DVD set. As someone who’s never really worked out in her life, I had no idea what to expect, but I’d seen great results in other people so I wanted to give it a try. The set came with a 60-day workout schedule; 6 days on, with one rest day. At first, it totally kicked. My. Butt. The 20 minute workouts were fine, but then they started getting up to 38 and 48 minutes and I just started having issues with completing them. It took a few tries to finish them, but I eventually did! When the 60 day schedule ended, I just added it back to my calendar and did it over again. 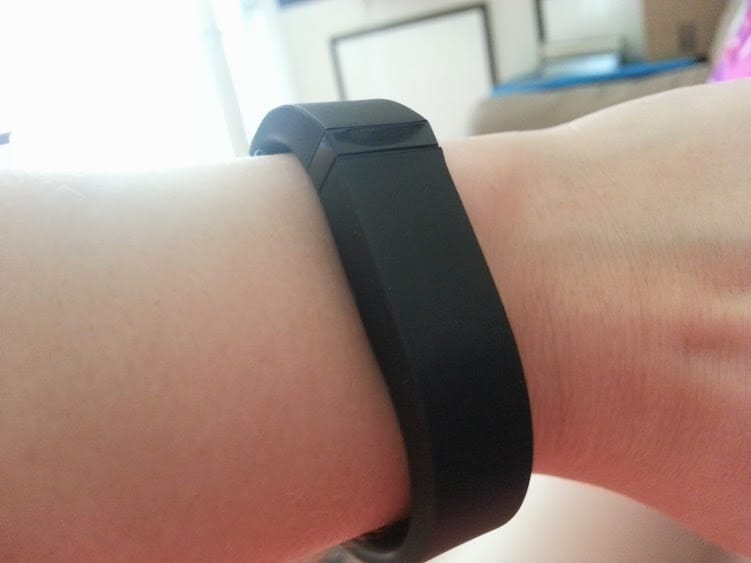 In May, I purchased a Fitbit Flex with birthday money and suddenly became obsessed with getting in my 10,000 steps. I knew that the more I walked, the more calories I’d burn, so I’d try to go on as many walks with Allison as I could! Eventually I started marching in place in the house when it got too hot to go outside, and I racked up a bunch of steps that way, too. Any way to get myself to move, I did it!

Then for Christmas, I got the Turbofire DVD set! At this point I was so tired of doing PiYo, I had found some HIIT workouts on Youtube and was just doing those; having another new schedule gave me the push I needed to shed those last couple pounds!

Was it easy? Heck no! Starting out, I HATED entering my food into MyFitnessPal. It was so tedious, and I hated knowing that I couldn’t just eat everything in sight without tracking it. I actually went a few weeks without tracking because I gave up, and when I gained a couple pounds back I whipped myself back into shape and got back into it. I messed up a lot; I tend to be a stress eater, so when something happens, I immediately grab for some sort of snack and usually don’t track it. Or when it comes to buffets (Which I ate at quite a bit the past 8 months), I have no self-control. I figure, I might as well eat a ton while I’m there! I did regret it later, but I told myself I’d get back on track the next day, and I did. These little “cheat days” are what I needed, and I learned to accept that these things happen and that it’s okay to indulge sometimes. If you don’t let yourself enjoy your food every once in awhile, you’ll end up totally binging at some point and never get back on track. It took me longer to lose this weight, but I enjoyed my life while doing it, and that’s what matters to me.

Because I have a toddler, I knew I’d need to wake up early to do my workouts before she woke up. This means that right now I’m waking up at 4:00 AM most mornings for my hour-long workouts. Am I crazy? Probably! But I have time in the mornings to do some work, get my coffee and workout in, and actually feel accomplished for the day. But there were many days that I woke up and said “Nope, not gonna work out today”. I made excuses; I was way too tired, my hormones were preventing me from working out, my heart just wasn’t in it… and when I got into a funk, it hit hard. I probably went a week and a half at times without working out, and I paid for it later when I got back into it again.

So yes, it was incredibly difficult at times, and I definitely did give up temporarily a few times. Life happens! If you fall, like I did, pick yourself up, brush yourself off, and get back on like it never happened.

Now that I’ve hit my goal weight, I want to see what else I can do. I think I’m good weight-wise, but I want to build some muscle and tone up, just to see if I have the determination to do it. Once I finish the Turbofire schedule, I’ll be doing a mixture of Turbofire and PiYo each week to make sure I get in my strength training. I’ll also continue eating the way I am now, except try to limit some things, like my beloved sugar. I’ll still eat it, of course, but I know I eat too much of it and need to pay attention to how much I’m eating.

I also want to help those who may be struggling with their weight loss journey too. I’ve been there, I know the pain, and I just want to tell them that it’s all worth it in the end! Please follow me on MyFitnessPal and Fitbit so I can encourage you! I love to see everyone’s effort and I know you’re doing a great thing by just logging your food or trying to get in your steps.

Thank you so much to those that encouraged me these past 8 months! Thank you for reading my updates, for following me, and even for joining me. You all are amazing! Let’s continue to do our best in keeping ourselves healthy!

hi jaime. i really enjoyed reading about how you lost your weight. i guess i really need to get serious about tracking what i eat in a day. i need to find a good work out video and may try to find the ones you talked about. i walk/jog outside. when the weather is bad, i have a treadmill or eliptical i can use. thanks for sharing your story.

I'm glad I read this post today. I've lost 34 lbs since March 2017 but I've been on a plateau since before Christmas. I actually feel great about it because I didn't GAIN over the holidays and I tell myself everyday that I haven't given up and that the weight loss will come. I have used myfitnesspal to lose weight in the past and I'm going to jump back in today to see if that helps with losing again : )

Awesome job, Cristina! The holidays can be really tough on everyone, but great job staying in maintenance! I've stopped counting every food I eat (I'm half marathon training) but I still get on and at least log dinners so I have a good idea of how much I'm eating. Feel free to send me a friend request! http://www.myfitnesspal.com/profile/jaimeclmt