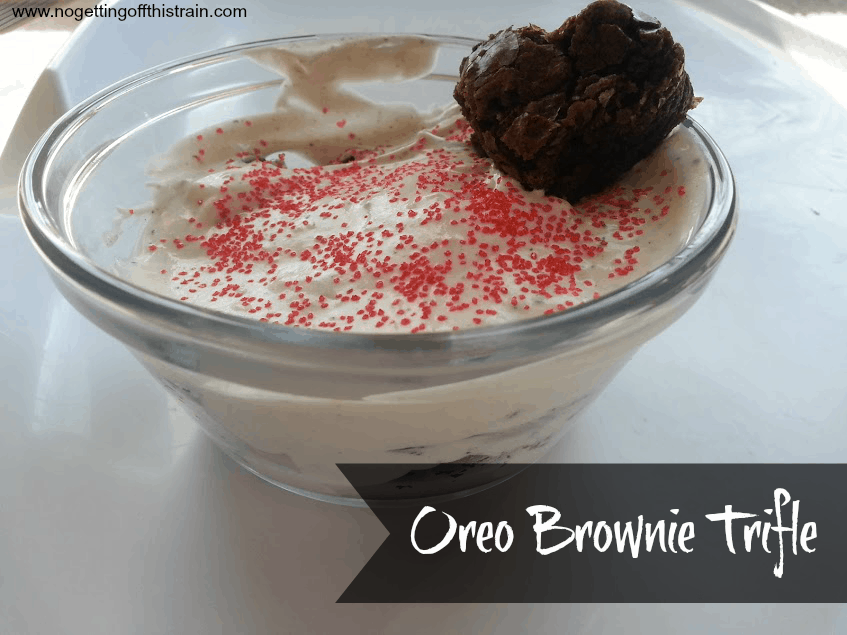 In celebration of Valentine’s Day, I wanted to do a cute dessert. It’s not quite Valentine’s themed, but hey, it was delicious. My Oreo Brownie Trifle is layered with brownie pieces and Oreo pudding and makes for an amazing dessert! 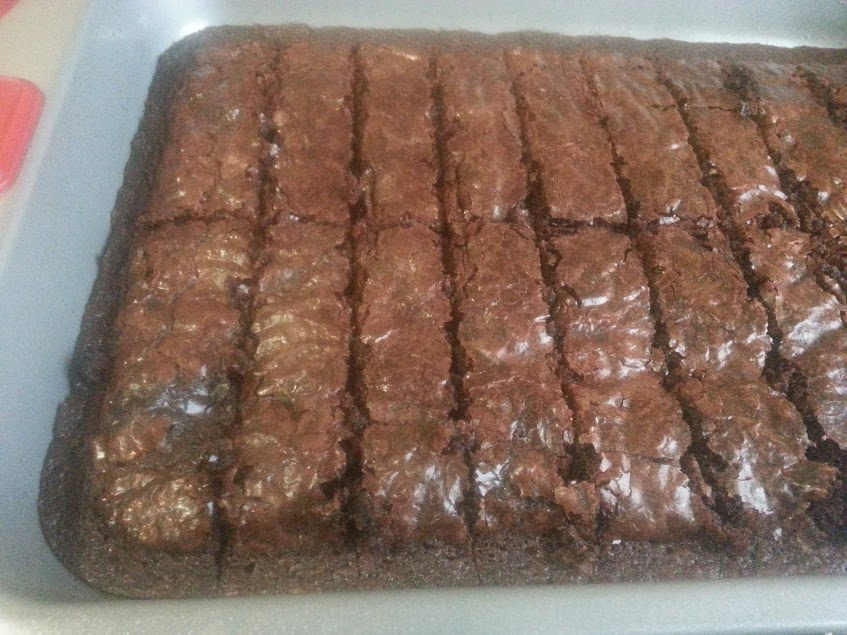 The first thing you need is a box of brownie mix, baked according to the directions. Allison helped me with this one…. “helped”. But they turned out great!

Next, prepare the Oreo pudding. Use only 1 cup of milk (half of what’s recommended on the box), add a container of whipped topping, and stir until fully mixed, then put it in the fridge until the pudding thickens. 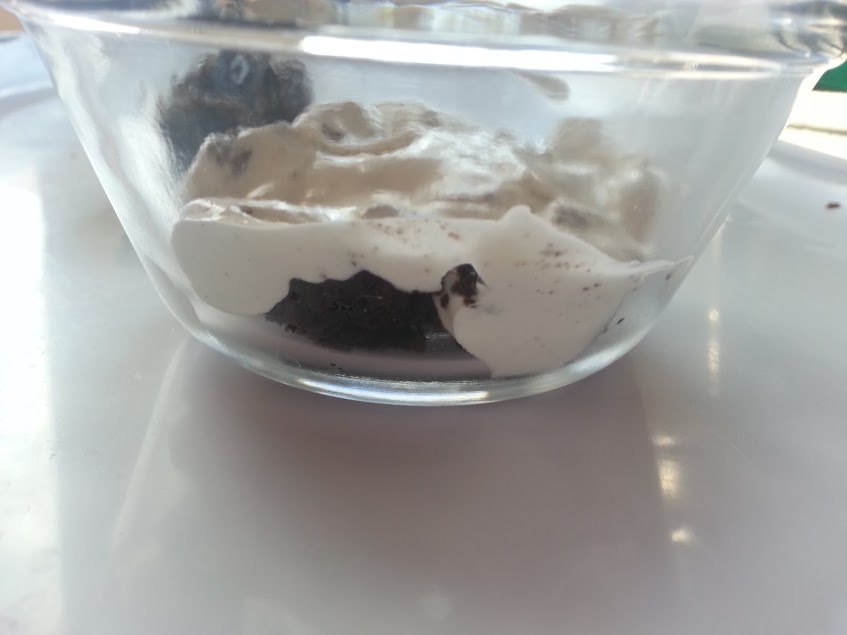 Once the brownies have cooled and the pudding’s ready, it’s time to start forming the trifle! Start with half a brownie, crumbled slightly on the bottom, and then a spoonful of pudding layered on top. 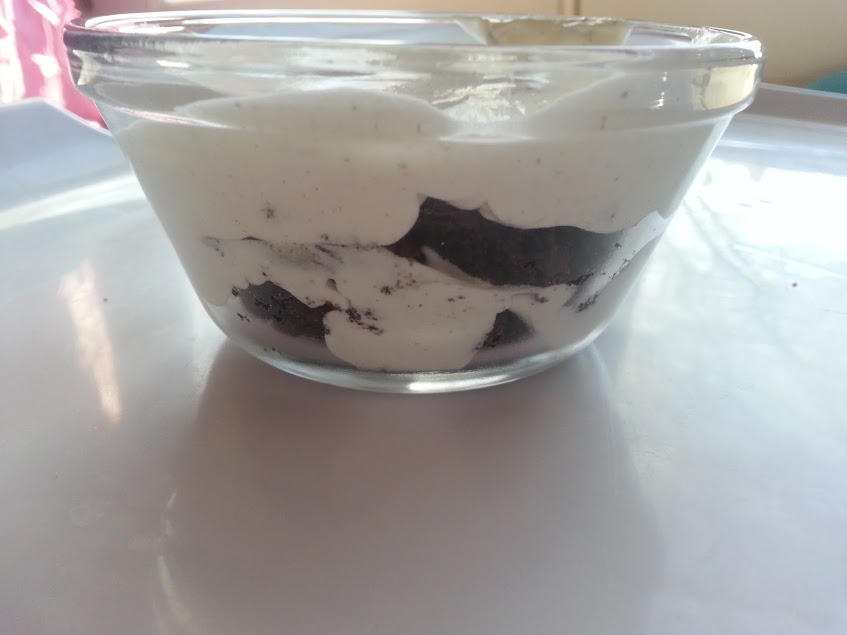 Repeat once until you have an amazing-looking layered dessert. 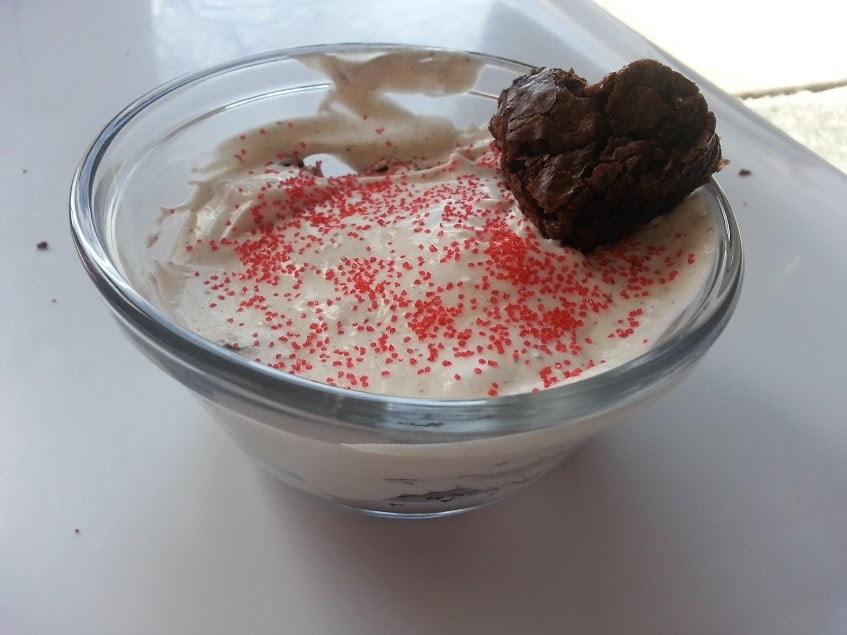 Red sprinkles and brownie heart are optional, but add a nice Valentine touch! We thoroughly enjoyed it and would totally make it again… if it weren’t so bad for us.