I don’t make cinnamon rolls often for breakfast, but when I do, I use this recipe. Seriously, nothing beats making your own cinnamon rolls in a bread machine; they’re huge, they’re gooey, they’re crammed with cinnamon sugar… these are just perfect in every way.

They’re not hard to make, either. In fact, they use ingredients that I always have on hand, so it’s not much effort to throw everything in the bread machine to get it going. I can’t make these too often, though… they may be delicious, but they’re definitely not good for you! 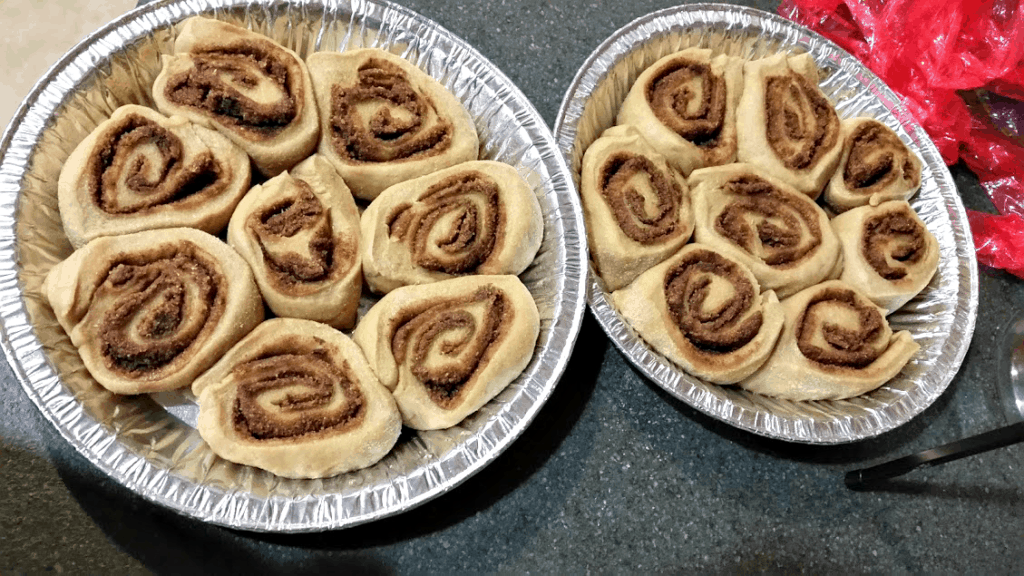 After you make the dough and roll it up with the cinnamon mixture, you can put it in the fridge overnight and bake it the next morning. Strange fact: The last two times I made these, I just wrapped the entire log in plastic wrap and put it in the fridge without cutting it, and the next morning it had seriously doubled in size. But this past time, I cut them first, and they barely rose at all. I have no idea what the difference was, but if I find out, I’ll let you know!

This could easily be your Christmas morning breakfast. Surprise your family that morning by having these delicious cinnamon rolls baking in your oven when they wake up!