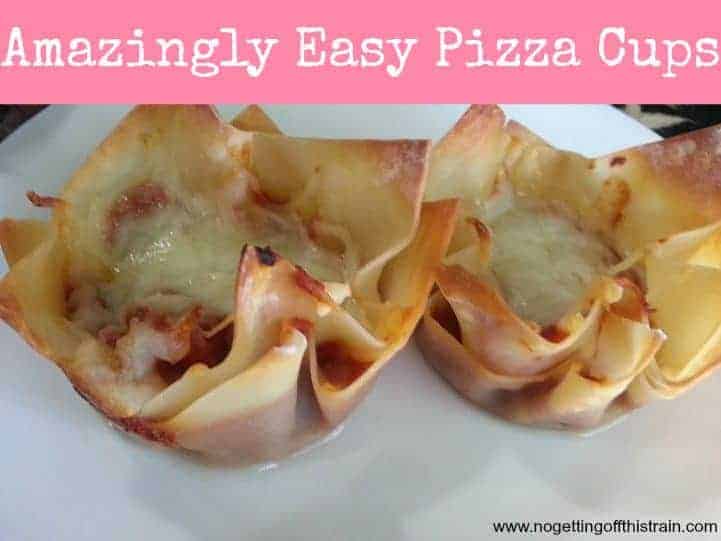 If there’s one thing in this house we love, that’s pizza! It’s also one of the only things Allison will devour, so I try to include it once a week in some form. The week before I made these, I made some taco cups using wonton wrappers but still had half the package of wonton wrappers left. I found this recipe and it was so easy to make! If you typically keep pizza ingredients in the house, you’ll have a very inexpensive but delicious dinner. 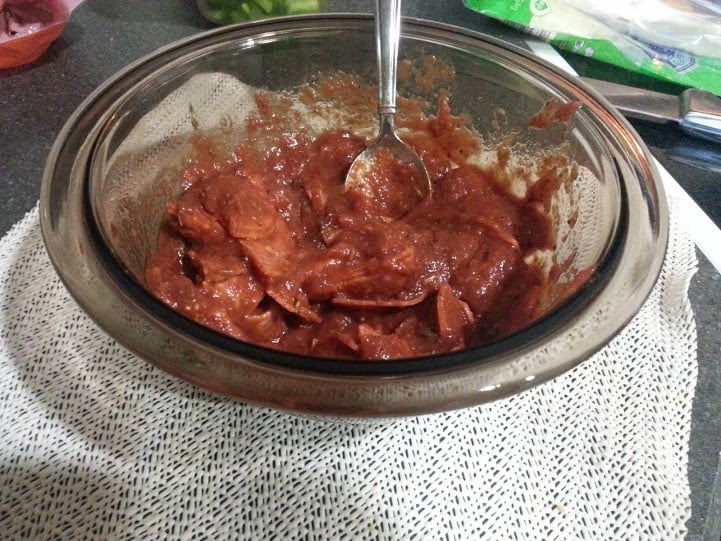 Start by chopping the pepperoni and adding it to one cup of pizza sauce. You can either use jarred pizza sauce or make your own using my favorite recipe! If you have any other favorite pizza toppings, you can throw them into the bowl too. 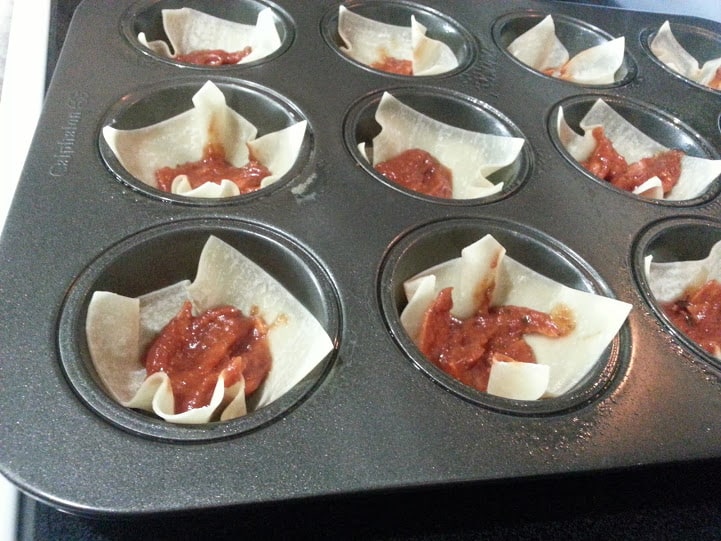 Next, place one wonton wrapper on the bottoms of a greased muffin tin. Press down slightly on each of them, then add a small amount of the pizza sauce mixture to each one. 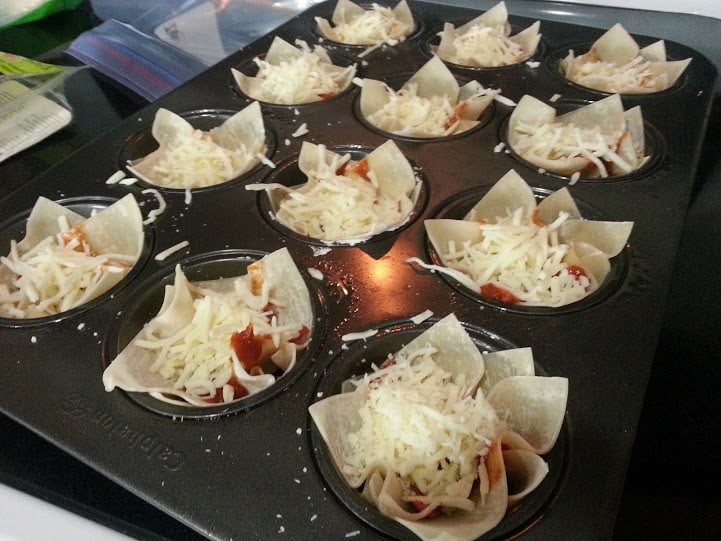 Place another wrapper on top of the sauce, then add a little more sauce and top with cheese. Bake at 350 degrees for about 15 minutes or until the corners of the wonton wrappers are crisp. 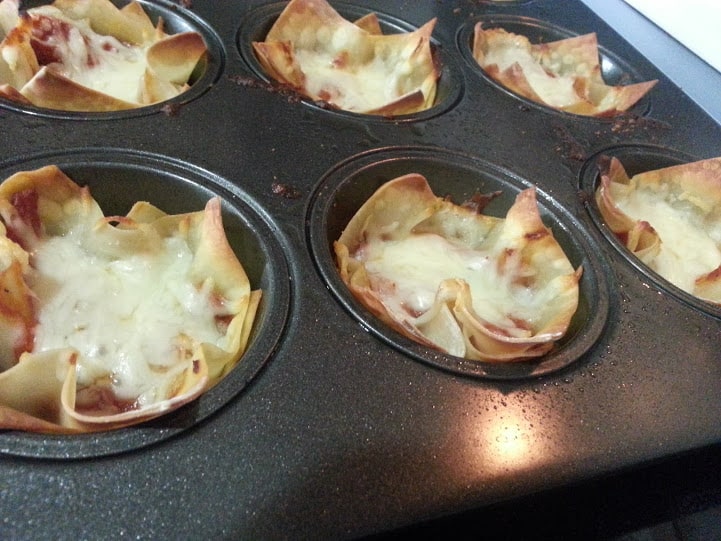 These were best fresh out of the oven! They were nice and crispy, and the cheese was perfectly melted. They do great reheated in the microwave too, although they were a bit softer.

By the way, these are the wonton wrappers I used! It was incredibly hard to find them in the grocery store, but it turns out they’re in the produce section, near the tofu and other vegan refrigerated ingredients. 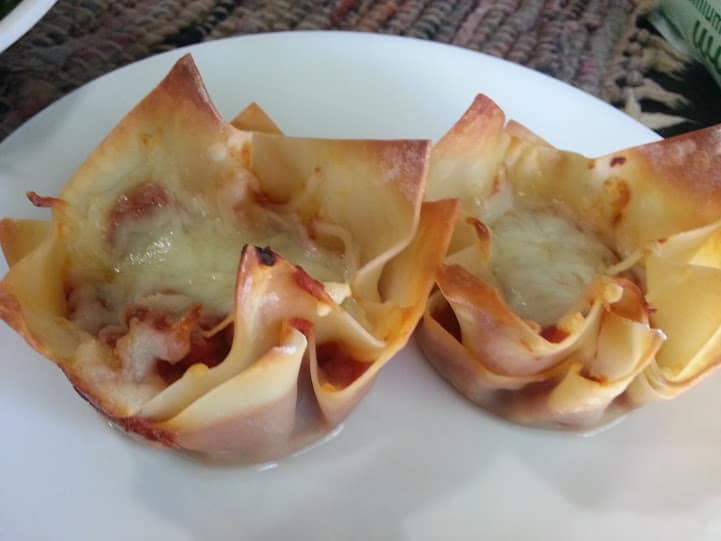 Serve with a salad or your favorite side, and make sure you bake plenty of them because they disappear fast!