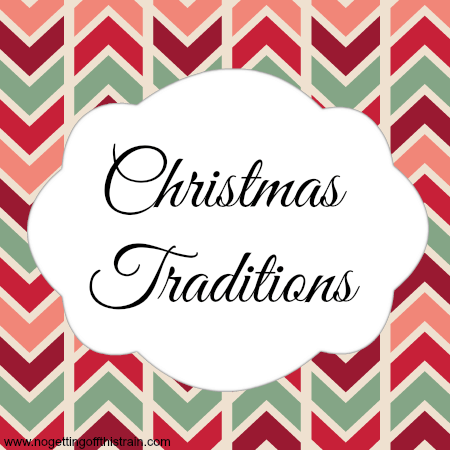 Christmas with my family has changed so much over the years. We had a couple little traditions; when my sister and I were young, we were allowed to open one present on Christmas Eve. On Christmas Day we opened our stockings, then presents, and then later that day we went to my grandma’s house for Christmas dinner. It was like that for awhile, and as we got older, things just kind of changed. Not a bad thing, just different! We would sometimes open presents early. Like, up to a week early, because we’re just non-traditional like that. Some years we would go to the Chinese buffet on Christmas Day because we just didn’t feel like cooking! No judging, people! 😉

I started dating John at age 17, and around that time I began to be invited to his family Christmas, too. Sometimes it involved going up to New York where some of his family lived, and it was nice to get away for awhile! Then one of his sisters got married and moved out of state, and so there was another dynamic with both her family AND his family, and we began to schedule Christmas for different days in December each year, due to his work schedule. With John’s family doing Christmas not on Christmas Day, and the same with my family, we’d end up not really doing anything on Christmas. And that was okay with us! Christmas wasn’t about the day; it was about being able to spend time with family.

After John and I got married, that random Christmas scheduling really helped us, as we didn’t have to do the whole “We’ll do Christmas with YOU this year, and YOU next year!” Christmas day was usually just spent at home as a couple, and it was nice having a quiet day to ourselves.

Our first Christmas with Allison was when she was only 2 months old. I was exhausted and just didn’t care about much; I don’t even think we got her a present, haha. Her second Christmas, at a year old, she kind of understood the concept of Christmas, but now at age 2, she’s really beginning to understand what happens and why we celebrate. I wanted to start some new traditions, and we’ve done a couple so far that I would love to continue. 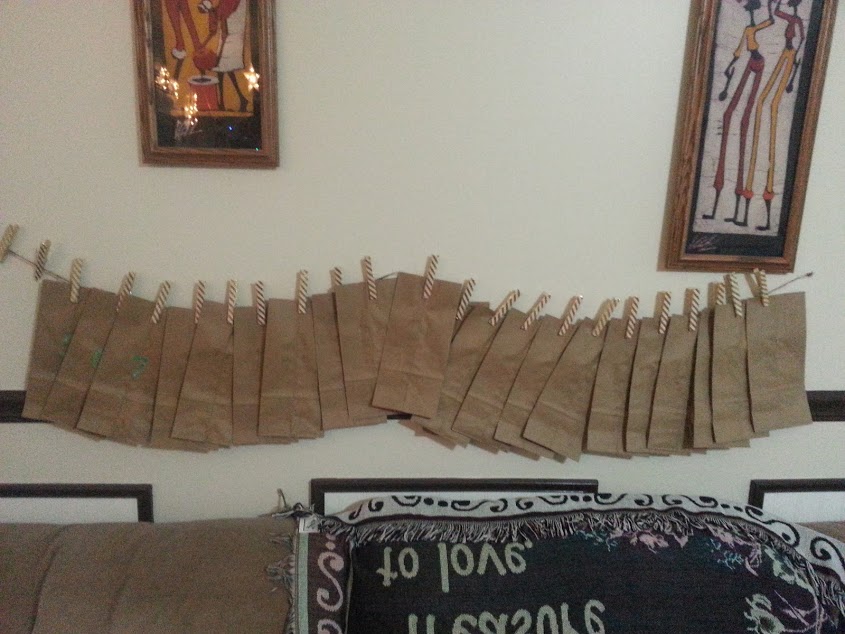 The first is an advent calendar. This one was made at MOPS and Allison really enjoyed opening a bag every day. Inside this one was part of the Christmas story, as well as a figure from the nativity scene that could be stuck on the fridge. It was really cool seeing how everything came together to form a giant story.

I’ve seen the Christmas Eve box idea on Pinterest quite a bit, and really wanted to give it a try! You can fill it with anything you want, but most of the boxes I saw had a new pair of pajamas, a Christmas movie, hot chocolate, and snacks. I added some of my own stuff; I didn’t include hot chocolate this year because Allison’s still too little, but I got her a new big girl cup because she’s practicing drinking without a straw/sippy cup! The idea is to let your child open the box on Christmas Eve so she can wear the new pajamas while watching a Christmas movie and eating the snacks. It’s such a cute tradition, and if Allison likes it, I’ll keep doing it till she says no. I just have to add that I LOVE these pajamas. The hot chocolates look delicious and will prep her for being a coffee lover like her mommy! UPDATE: I put these on her right before bed Christmas Eve, and they’re too small. =( MAJOR sadness over here, because this is 2T and that means my baby is getting bigger.

Starting this year, I’m making a special Christmas breakfast. I’m not a fan of sweet breakfasts… well, I am, but I don’t usually make them because I’m always hungry an hour later. But I’ll make an exception for Christmas! This year it’s pumpkin cream cheese French toast, and the recipe looks delicious!

Another thing we seem to do is stay home Christmas morning to open presents, then head to my parents’ house to open presents there, too. Looks like we’re following the tradition I had as a child, it’s nice! Today will be spent enjoying family and eating lunch together.

Do you have any traditions you’d like to share? I’d love to hear them! Merry Christmas, everyone!