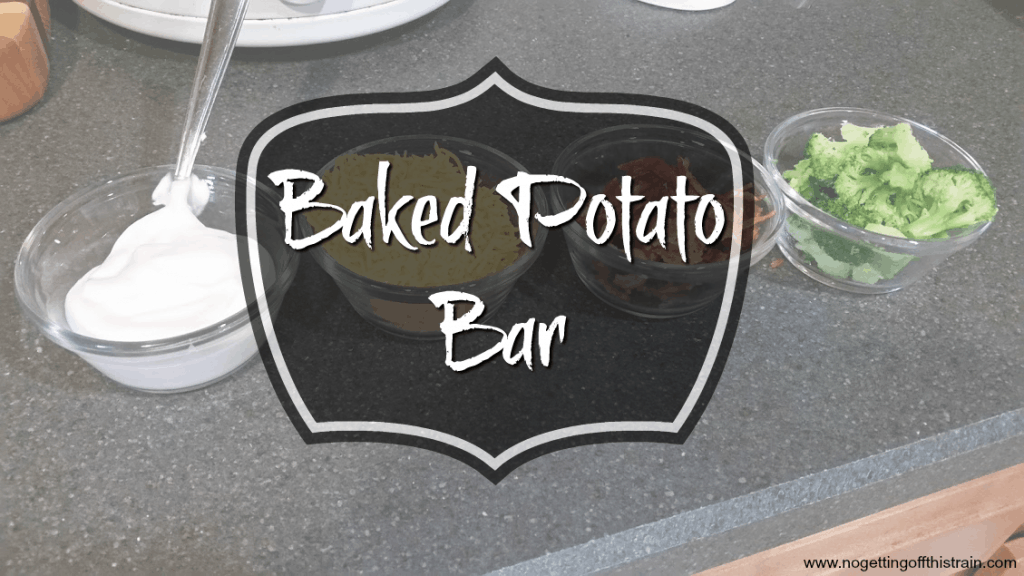 I haven’t made baked potatoes in a LONG time. I bought a 10-pound bag of Russet potatoes for really cheap and decided to use some of the bigger ones for a baked potato bar this week! Baked potatoes are a delicious yet cheap dinner, and they’re extremely customizable. 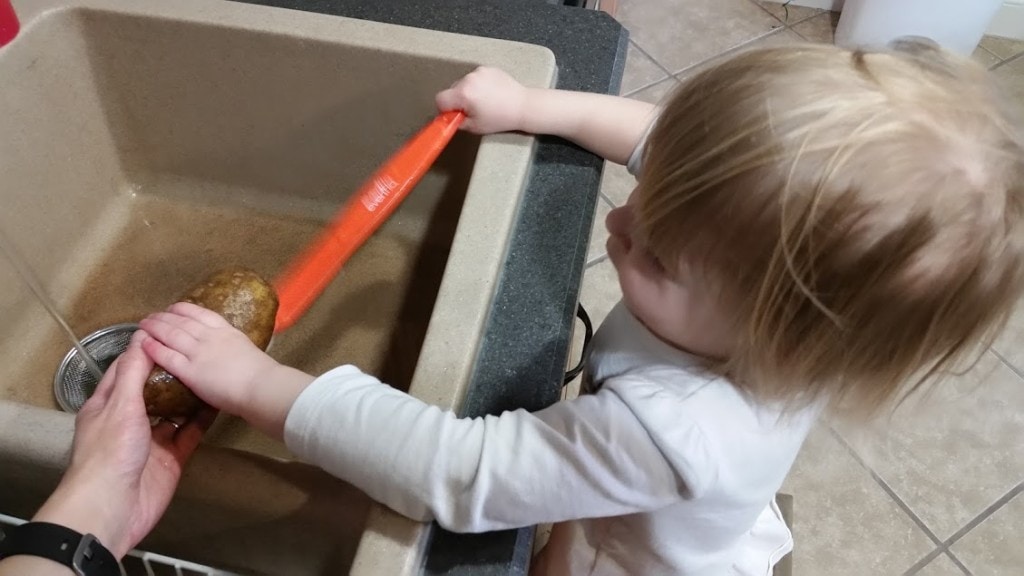 Allison helped me wash the potatoes; she loves helping in the kitchen, and it’ll be so good to get her used to cooking and being a helper. After washing, I poked holes all around each potato and rubbed with olive oil, then sprinkled with salt and pepper. I baked them at 425 degrees for about 45 minutes. 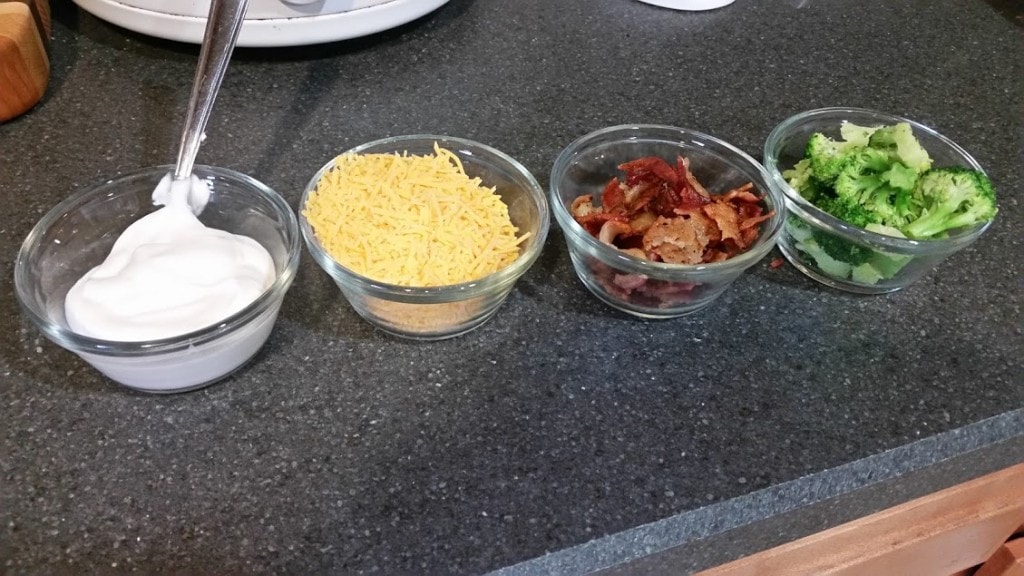 The toppings we had were shredded cheese, Greek yogurt, broccoli, and bacon bits. My parents gave us a bag full of bacon and I knew the first thing I wanted to use it in! We never buy bacon (gasp), so this was a nice treat. The frozen broccoli was leftover from a previous night’s dinner, so that was perfect. 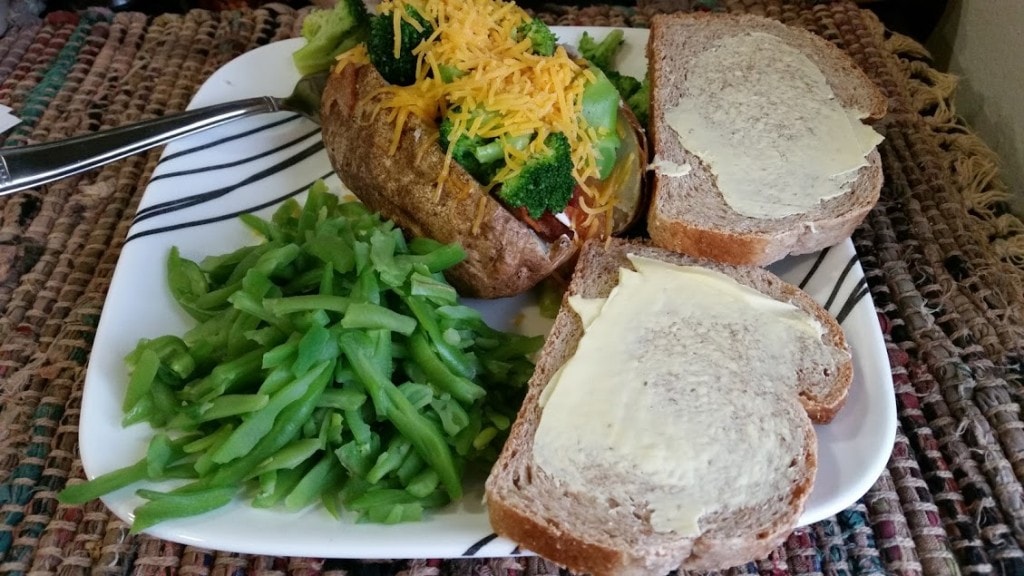 I loaded up my potato and filled my plate, and when I sat down to take a picture I looked at my plate and thought, “Man, I look like a fatty”. It was a lot of food, but not necessarily bad food! The green beans were frozen, and the bread was homemade (Definitely making that again and will be in a future post!). The potatoes were delicious… and did Allison eat it? NOPE. She took like 4 bites of bread and declared herself done. Toddlers.

What are your favorite baked potato toppings? I think next time I want to try it with chili, or nacho cheese, or other taco toppings!

Thank you for a new dinner idea! I love potatoes and need to add this to our menu!

Yum! I love putting leftover sloppy joe filling or chili on baked potatoes to stretch leftovers. Honestly though my favorite is broccoli and cheese. :)