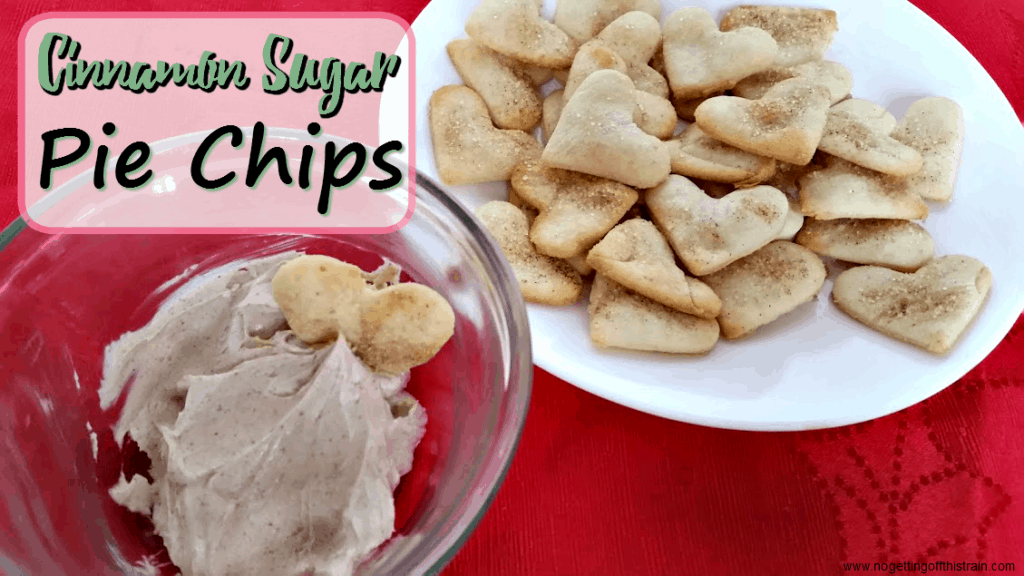 After Christmas, I found myself with a leftover pie crust. I made a pumpkin pie, and the box I bought had two pie crusts. I’ve had this problem before, where I just stick the other one in the freezer and forget about it until the next Christmas, when I just throw it away. I didn’t really want to make TWO pies, so the other crust lived in the fridge until I could find a good use for it- like these cinnamon sugar pie chips. 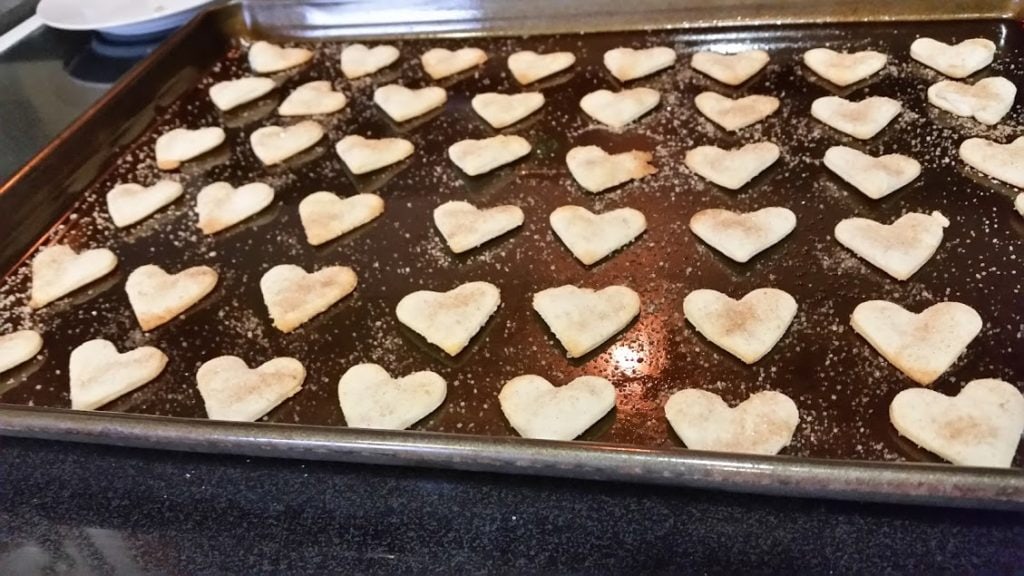 They’re actually very simple to make- roll out the crust, use your favorite cookie cutter to cut shapes (I used a heart for Valentines Day), put them on a greased pan, sprinkle cinnamon sugar on them, and bake for 5 minutes! It was just enough time to give each one a slightly browned underside, and once they cooled, they had that crunch of a chip.

This is an easy recipe to get your kids involved with, too. Allison likes using cookie cutters for her play dough, so she was pretty much an expert cutting out these heart shapes. She’s also an expert taster, but that doesn’t surprise me a bit. 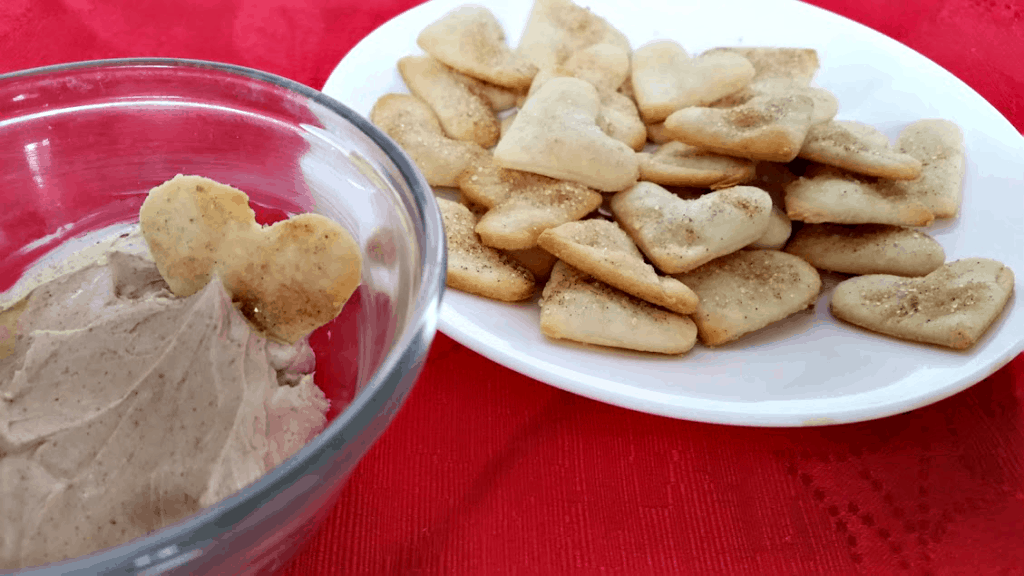 You can serve them plain, or use your favorite dip. I had some whipped cream cheese in the fridge, so I mixed it up with some cinnamon and vanilla and it turned out pretty good! I somehow succeeded in not eating the whole thing. That’s the problem with little desserts like these; they’re so small, you don’t even notice that you eat like 50 in one sitting.

Whether it’s for Valentines Day, Christmas, or any holiday in-between, this is a great way to use up any leftover pie crust, either store-bought or homemade! Put together this recipe in just a few minutes and you’ve got a nice little treat to share.

For the cinnamon cream cheese:

These look so so good!! And maybe you can make some from MOPS? Pretty please!