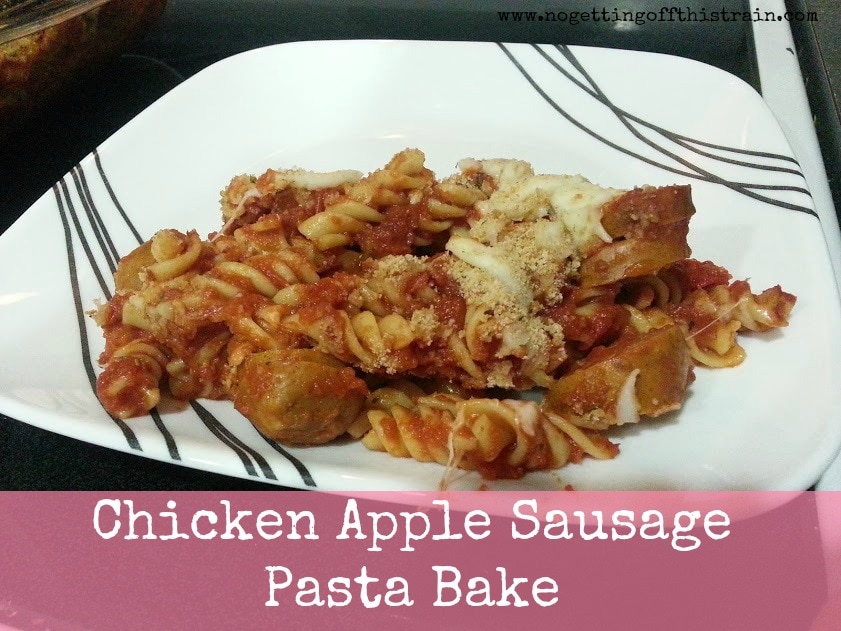 A few weeks ago I had bought a 3-pack of chicken apple sausages from Sam’s Club. Each pack had 5 sausages in it, so I used one pack for each meal; one of them happened to be this pasta bake! Pasta is an absolute staple in this house; I’d tell you Allison likes it, but really she just likes spaghetti noodles (and only sometimes). The great thing about pasta bakes is that they’re so versatile; you can add as many or as few things to it as you want, and it still turns out amazing! I used what I had in the pantry to make this, and it was a delicious dinner that made tons of leftovers. 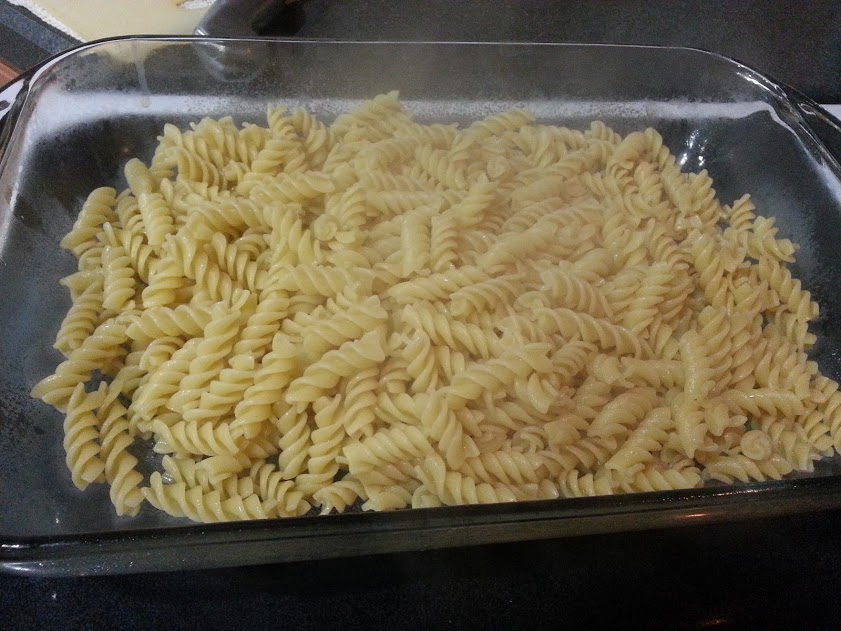 First, spray a 9×13 casserole dish with cooking spray. Cook a box of rotini pasta in boiling water until just done, then add to the dish.

Next, add the chopped sausages and 1 jar of pasta sauce. I actually had leftover sauce from a previous recipe that I just added to this! Re-purposing food is awesome. 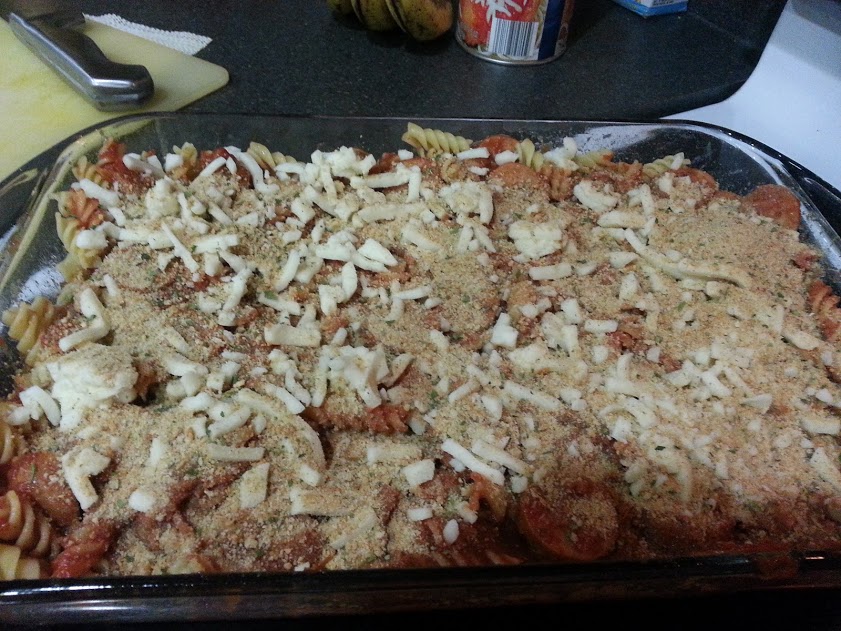 Mix the three ingredients together, and sprinkle one cup (or two if you like it cheesy!) of mozzarella cheese on top, then 1/2 cup of bread crumbs. Bake at 350 for 25-30 minutes until the cheese is fully melted. 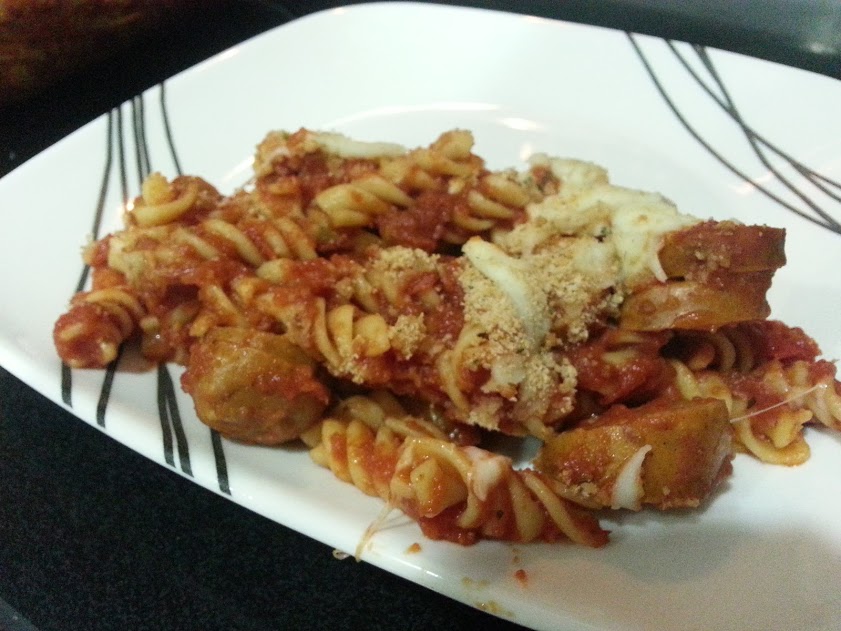 I’ll admit, I’d never had chicken apple sausage before. It was a little sweet, which was to be expected, but it was delicious! Next time I may buy a different kind, like the garlic and mozzarella (I think?) ones they have!