Yep, it’s February. The month of love. I’m going to be cliche and tell our love story, because it really is pretty cool; at least to me. John and I have been together for almost 13 years and married for almost 5. I’ve spent almost half my life with him; I’m just letting that sink in for a moment because wow, he’s put up with a lot.

It started back around 2003. We were both working at McDonalds; I was still in high school so I only worked weekends, and John, four years older, was working a little more often between his college classes. He didn’t work Sundays, so the only day I saw him was Saturday, just for a few hours. We’d work back in the grill/kitchen, just talking as we worked. I kind of developed a crush on him, but didn’t realize till a little later that he felt the same way. That July, he asked me out and we started dating! 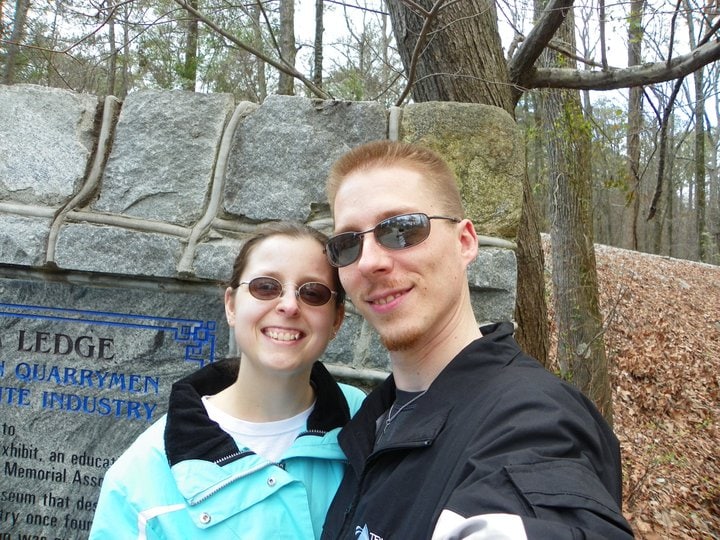 We just sort of completed each other. I loved to play video games, and he loved to watch. We enjoyed some of the same shows and loved action/explosion movies. I’d say something like “I’d love to go do this!” and he’d immediately start planning all the fine details to make it happen. I was the dreamer, he was the planner, and it worked.

In 2005, he graduated college and months after that, he had a new job and quit McDonalds. Unfortunately, the job market was not great. He was hired and let go multiple times at different companies thanks to the economy, and each time I was there to help him through it. He was finally contracted on at a good company and was there when he proposed to me in December 2009.

Our engagement night is one I’ll never forget! It was simple and somewhat unplanned. We had dinner at Chili’s, and then went to a park to walk around and see Christmas lights. He had planned to propose there, but things like mud and loads of people prevented that from happening. We ended up going to McDonalds afterward, which really is kind of fitting for us. There was no getting on one knee, no huge spectacle… we sat at a table drinking root beer, and he slid the ring box across the table. I didn’t even care. We’d been dating for 6 years at that point and I wasn’t sure we’d even get married, so that night was definitely something special. 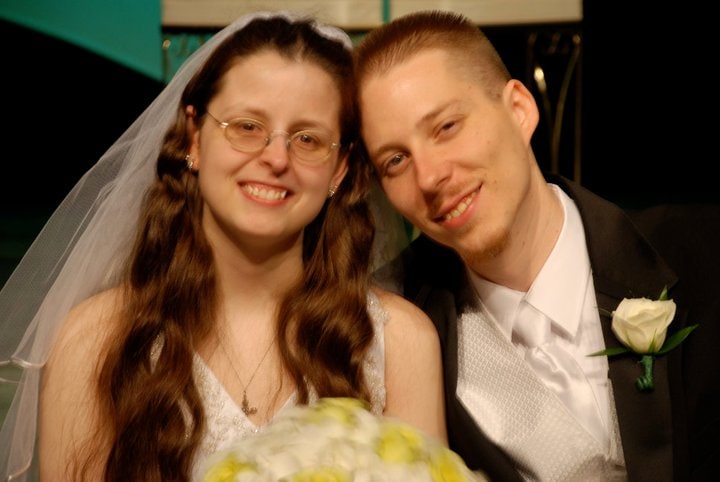 We got married 15 months later, on March 5th, 2011. We’ve been through family deaths, job losses, the birth of our daughter… life changing experiences that we got through together and just made us stronger as a couple. I can’t even imagine life without John now. He’s my perfect partner and always will be. We’re kind of a sappy but boring story, but that’s us!