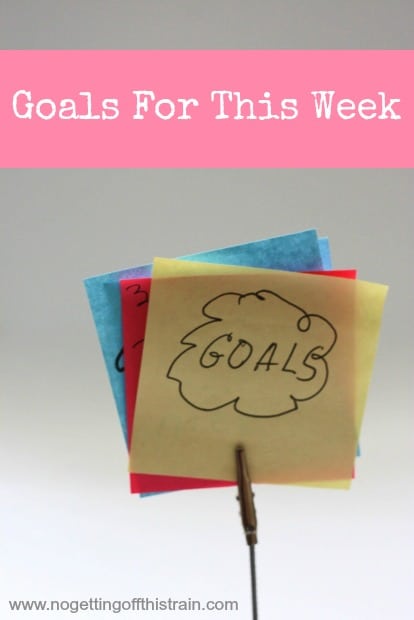 Sometimes I wonder if maybe I’m too honest, or too nice, and I wonder if that makes me really weird in this society. I read and hear stories of people in retail/grocery store settings that throw fits because of an incorrect price and demand to receive that lower price because “You HAVE to honor it!”. Or a couple of their items accidentally don’t get scanned and when they realize it as they walk out the store, they just say “Too bad, suckers! That was your fault.”. Do we feel happiness at “cheating the system”? Laughing over someone’s mistake that now means the store’s inventory is messed up?

I’m not condemning anyone who does this! Sometimes these things happen and we don’t notice until way later. Or maybe we have young children that we simply can’t take out again to fix a mistake; I totally get that, and there’s no reason to feel guilty! But what if we COULD go back and make things right? Would it make the cashier’s day that there may be a glimmer of kindness in today’s world?

This has happened to me a few times. Once I was at the self checkout and totally glossed over the pepper grinder that was still in the cart; I was in the parking lot when I realized this, and walked right back in to the self checkout, paid for it, and left. Another time was at Kroger when I bought something like 60 cans of vegetables; the cashier manually entered in the items on his handheld device but must have hit a wrong button, because 20 cans were missing from my receipt and something else was on the receipt in its place, which still ended up being less money than what I was supposed to pay. I went back later that evening with my receipt and paid what I owed.

The most recent time was this Saturday at Aldi. I had a cart full of stuff (Which you can see here!) and I saw that the cashier accidentally scanned something twice, voided it, and put the item in the cart along with a loaf of bread. When I got home and was looking through the receipt to record it on the blog, I noticed that loaf of bread was not on the receipt. Now I know why my total bill was much less than I anticipated! This bread was $1.79, so it wasn’t one of the cheaper ones. I had to leave soon after to volunteer at church, so I decided to run to Aldi beforehand to take care of it.

When I told the cashier what happened and that I wanted to pay for the bread, he kind of laughed and asked me to repeat myself. He told me he had never had anyone come in to pay for something that wasn’t put on their bill. I just smiled and said I knew it would have messed up their inventory, but as I walked away, deep down I just became kind of sad. I wondered if anyone else would ever do that again, to restore his faith in humanity that there are honest people out there.

Anyway, like I said earlier, this isn’t meant to condemn anyone who’s not fixed mistakes like this, or even to say “Look at me and how great I am!”, because I’m really not. I just wanted to bring up that if something like this actually brightens someone’s day, what could we be doing every day to produce the same results? What would you have done in this situation?

Let’s see how I did on my goals last week!

Get caught up on housework: I actually did do a bit of cleaning, but a lot of that was due to having company over and I didn’t want to seem like a huge slob! Bathrooms were cleaned and I actually mopped the floors. I didn’t realize how dirty they were until I saw that Allison’s feet were turning grey.

Purge Allison’s toys: I managed to sneak a few out of her sight this week!

Some of these she’s had since birth and doesn’t play with much anymore. Yes, that’s a milk jug and popcorn tin. It’s amazing how entertained toddlers can be by random things.

Goals for this week

Get my sewing machine set up: I told myself I needed to have it set up by the end of May. I’m really cutting it close here! I gotta at least get the thread set up and familiarize myself with it.

Clean off/organize TV stand in the bedroom: Yeah, this is kind of a catch-all for my stuff. I always feel so much better when it’s all cleaned off! 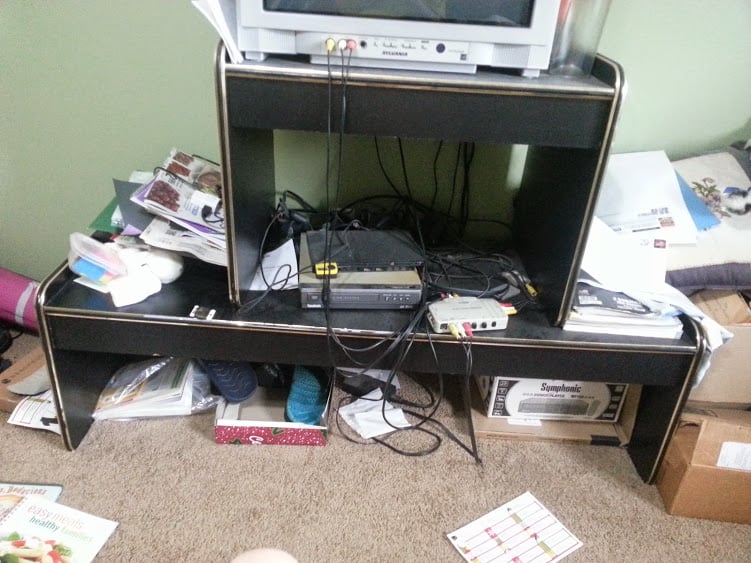 Link up to at least 2 blog parties a day: Anybody here host blog parties during the week? I’d love to link up! For those who don’t blog, we use these parties to link up a specific post to help gain traffic. They’re incredibly helpful and allow us to make new friends!

What are YOUR goals for this week? Let us know below!

Good for you! I once had to return something that my toddler had shoplifted while I wasn't looking but luckily they saw the funny side! As for goals, my older kids finish school this week so I haven't really thought beyond that yet!

Those darn toddler shoplifters! Haha, I'll have to keep an eye on my daughter now.

I love the idea of setting weekly goals - something I should certainly look into! Thanks for sharing!

They help keep me accountable! =)

I always go back if I realize I wasnt charged for something.. I think it is bad karma not to!! haha

Same here! I feel so guilty if I don't.

My goals for this week is to get my house looking like a palace and to do some final painting odds and ends! Great post :)

Good luck! =) It's unfortunate that cleaning is a job that never ends.

Oh, I think it's great that your share your weekly goals. I haven't set any for myself yet this week, but I got a ton of stuff done around the house over the holiday weekend. It's nice to start the week off feeling a little more on top of the housework :)

Great job on the housework! I still have a bit to catch up on. =P