May has just been full of adventures! Both mine and John’s birthday, plus Mother’s Day, plus the opening season of Kings Island… the fun has just started, everyone! I look forward to May every year, and this one did not disappoint. What did we do this month? 1.) Kings Island fun! I don’t know why, but every time we get on the big train that takes us around the park, I have to take a selfie. Maybe it’s because it’s the only time everyone is sitting together for an extended period of time. Me, John, my sister, and her boyfriend. I also realized, while looking through my previous Kings Island pictures, that I was wearing the same MegaMan shirt last time too, haha. I guess I’m not very imaginative.

2.) From the same day at Kings Island. I read something on Facebook that was talking about how moms don’t get enough pictures of them and their kids together, because they’re usually the ones taking the pictures, so I made John get a picture of us. My favorite one from the day. =)

3.) I really wanted to eat this whole cookie cake in one sitting. Unfortunately, I had to share. Best birthday cake ever, though!

4.) One advantage of having her new bed is that Allison has a little nook between her bed and toybox, so I put her big blanket over top of both, creating a little “princess castle” for her to sit in. She was perfectly content with me sitting there with her reading books!

5.) I received a reward on my Panera card for $5.00 any Rapid Pick-up order, and I had a gift card with something like $2.60 left on it. I carefully selected my food online, and after the $5.00 discount, it came to $2.48! It was an awesome free lunch; it’s too bad Panera’s so expensive, because I’d eat there more often with it now being like 5 minutes from my house.

6.) Allison got this tricycle sometime last year, and she’s just now big enough to barely reach the pedals, so I took her outside to practice. She pedaled for maybe 30 seconds and gave up, and just started scooting it on the sidewalk.

7.) I take Allison to the children’s museum about once a week, and sometimes they have a Toddler Activity Time; it’s usually something little, like a box with large shaped holes that the toddlers have to shove toys into. It’s so funny how the littlest things amuse toddlers!

8.) We had a combined birthday party for my niece and nephew one Sunday this month, and going to it meant Allison missed her usual naptime. She ran around the farm with her 6 cousins and had a grand old time. It was late when we left, so we decided to eat at Cici’s for dinner instead of cooking. Now, Allison won’t usually fall asleep in the car, especially not during a 20 minute drive, but when we pulled into the parking lot and went to get her out, she was out cold. Why can’t she do that at home?

9.) Allison’s never wanted to eat cereal with milk; it was such a novel idea to her, and she just wanted to eat plain cereal for the longest time. Just this month, randomly, she told me she wanted milk in her cereal, and she caught on quick!

I am currently working on an email course for you all! It’s something I’ve wanted to do for awhile, and I really hope I finish it instead of just letting it fall flat like my other projects, but I think this is something that will help a lot of people. The outline is done, so hopefully I can kick this into gear and get it done soon!

As well as the e-course, I’m also in the process of writing an e-book for you all! I may be in over my head doing both things at once, but we’ll see how it goes. It’s all about how to eat as cheaply as possible… and that’s all I’ll say for now. =) More updates will come! 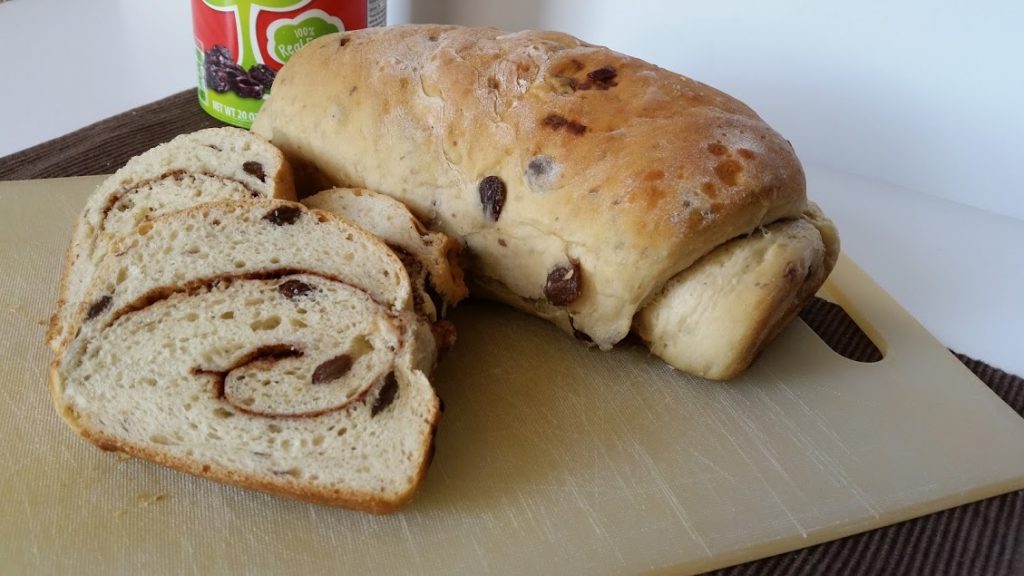 I made cinnamon raisin bread for the first time, in the bread machine. It is the absolute best bread I’ve ever had, and you can look forward to the recipe next week!

That’s it for this month. Enjoy your weekend, everyone!